A woman’s humming voice carried over the breeze, drawing my gaze to the trail behind me. My eyes instantly fell on a cliff dwelling window above the Petroglyph Trail that I hadn’t noticed moments before. Did the ghostly sound come from that hidden ruin? Maybe there was another hiker nearby, but I couldn’t see anyone, and no one passed by.

Mesa Verde National Park is filled with ghosts, at least they are easy to conjure when facing the myriad of empty dwellings in various shapes and sizes.

So it comes as no surprise that the first incredible thing about Mesa Verde is this:

1. There are hundreds of cliff dwellings steeped in legend

When I imagined Mesa Verde, I saw only one thing: a classic photograph of a cliff village, and that’s it. I didn’t realize the park is home to an incredible network of these cultural wonders.

Balcony House is one of the few larger dwellings open to visitors, and how can you deny this tour with its enticing invitation of a 32-foot ladder and narrow 18-inches wide tunnel?

We found ourselves enchanted from the very first view across the canyon and Ranger Jan’s storytelling of the people who lived here. Balcony House is no empty ruin. It is in fact a sacred place for a number of Native Americans who have ancestral roots here. As we stood in an opening we listened to her tell a short version of a Hopi migration story. That moment compelled me to pick up The Fourth World of the Hopis: The Epic Story of the Hopi Indians as Preserved in Their Legends and Traditions. I later carried this book with me as we continued to explore the park.

In short, legend has it that we are currently living in the Fourth World, and that people of the previous world fell from their goodness into disobedience and sin. The few remaining good people were led by Spider Grandmother up a hollow reed into the sky, all the way until it emerged in the Fourth World at the sipapu.  The people then climbed up the reed into this world, emerging from the sipapu, a small hole in the kiva of the dwelling.

Listening to Ranger Jan was a special moment, and I later lingered to gaze across the canyon, reflecting on her words as the tour group continued on. This experience in Balcony House is what inspired our fourth official poster of the Centennial Poster Series.

The Mesa Verde National Park poster was directly influenced by the tour which brought us to this very scene. Using our photography and sketches for reference, we later illustrated the scene and crafted the typography. It’s remarkable to stand in Balcony House and think someone stood here almost 1,000 years ago, in this very same spot. While Europeans were beginning to build their great cathedrals, another culture was building too, an ocean away and in a very different way.

Standing in Balcony House, it’s hard not to wonder about the people who farmed on top of the mesa and decided to build into the cliffs. They only inhabited these walls for about a hundred years, so why did they leave? What was it like to face the wind and rain from within these canyons? How did they stay warm? What was it like to sleep in the kiva? What did they discuss and how did they survive? You can discover many of these answers in the park’s well documented trails, museum and visitor centers.

2. The interactive adventure of Petroglyph Trail is breathtaking

Steps away from the iconic view of Spruce Tree House is the trailhead to Petroglyph Trail, complete with a guide booklet marking 34 points along the way to tell you how the natives survived and what kind of vegetation thrives in the park. The highlight of this nearly 3 mile hike is a scene straight out of the history books: a stunning view of petroglyphs.

The hike is incredible without the guide booklet, if reading on a trail is not your piece of cake. Quiet your mind and find peace in the soft scent of juniper or the sound of tree branches dancing in the wind that sweeps through these canyons. You’ll follow the foot of great textured walls while traversing boulders and rocks on this well maintained trail. Then rise up to stunning views that join your journey on the second half of the trail. 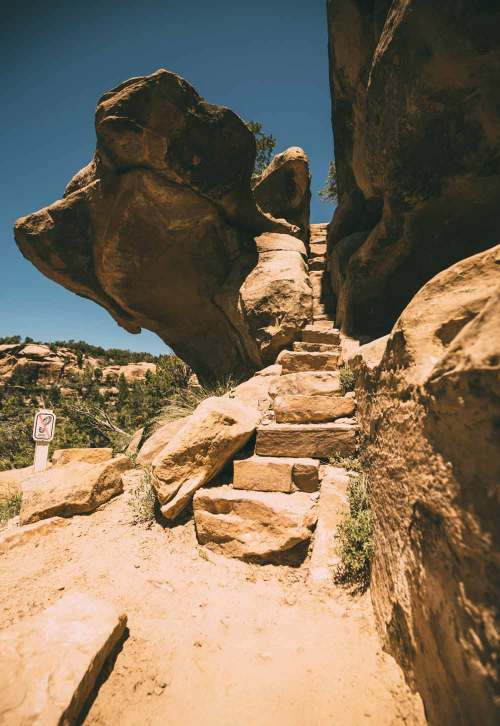 There is such a sense of spirituality in this park, it’s hard not to sit in silence and simply listen to the wind. 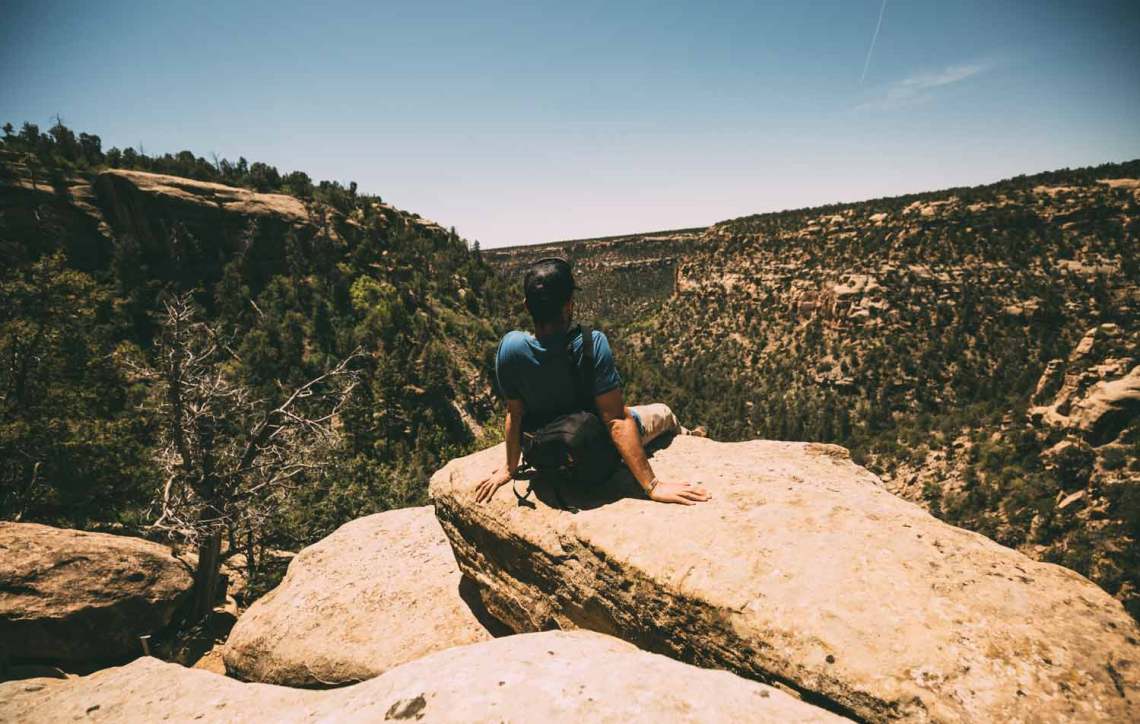 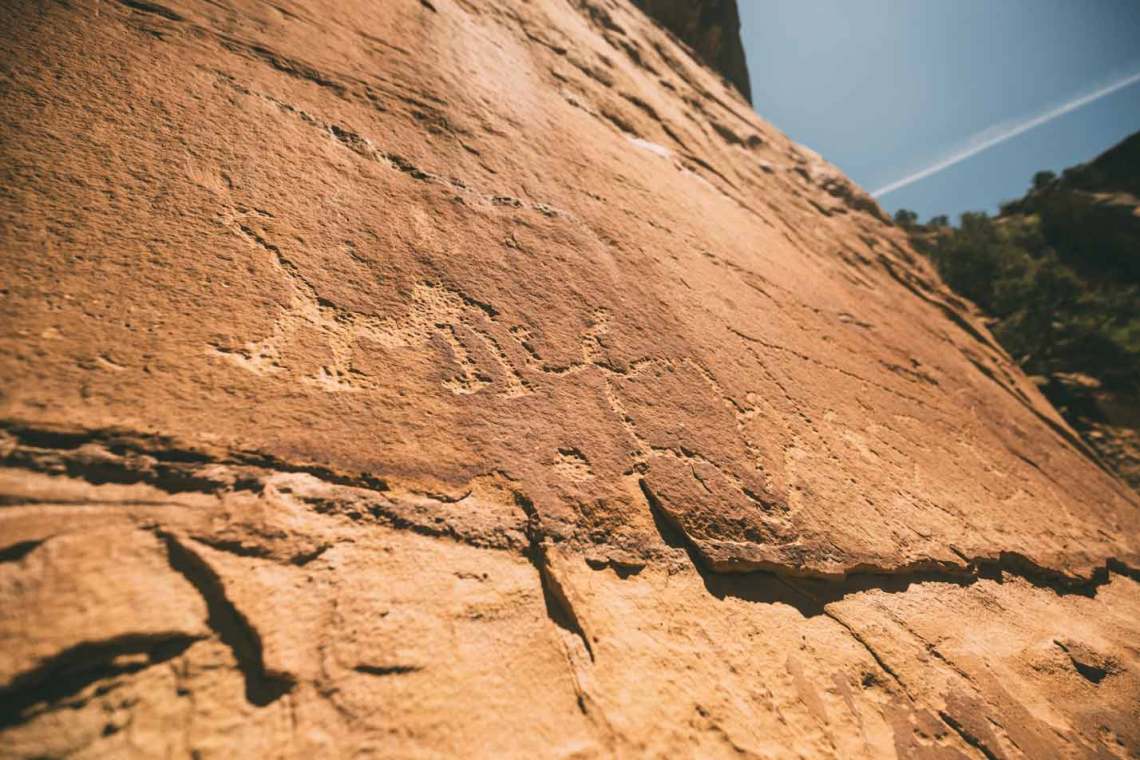 3. A Lion King type of view from Point Lookout Trail

It’s possible that I felt a bit like Simba from The Lion King when I reached the end of Point Lookout Trail, easily accessible from Morefield Campground. Well, after about a 1.5 mile hike up some pretty steep slopes. 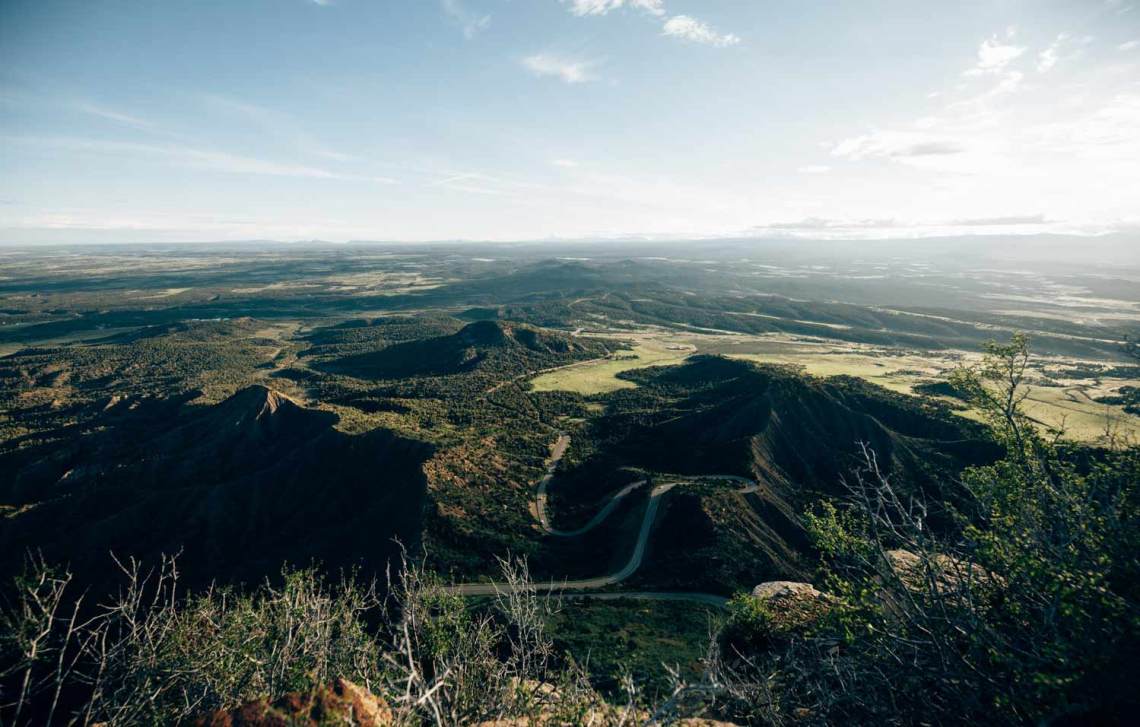 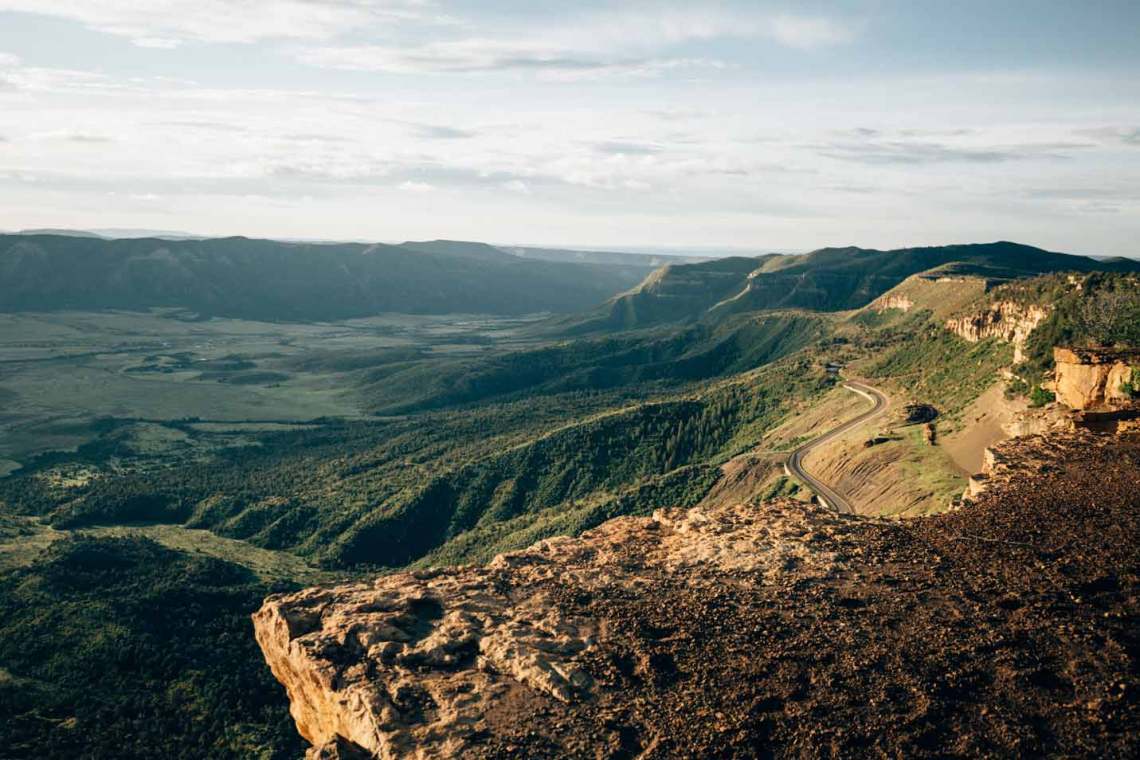 4. The eerie trees on top of the mesas

Mesa Verde is much more than cliff dwellings and villages. Wildfire activity over recent years left a landscape of trees that are a photographer’s wonderland. And we can imagine the kind of habitat they provide for non-human creatures. 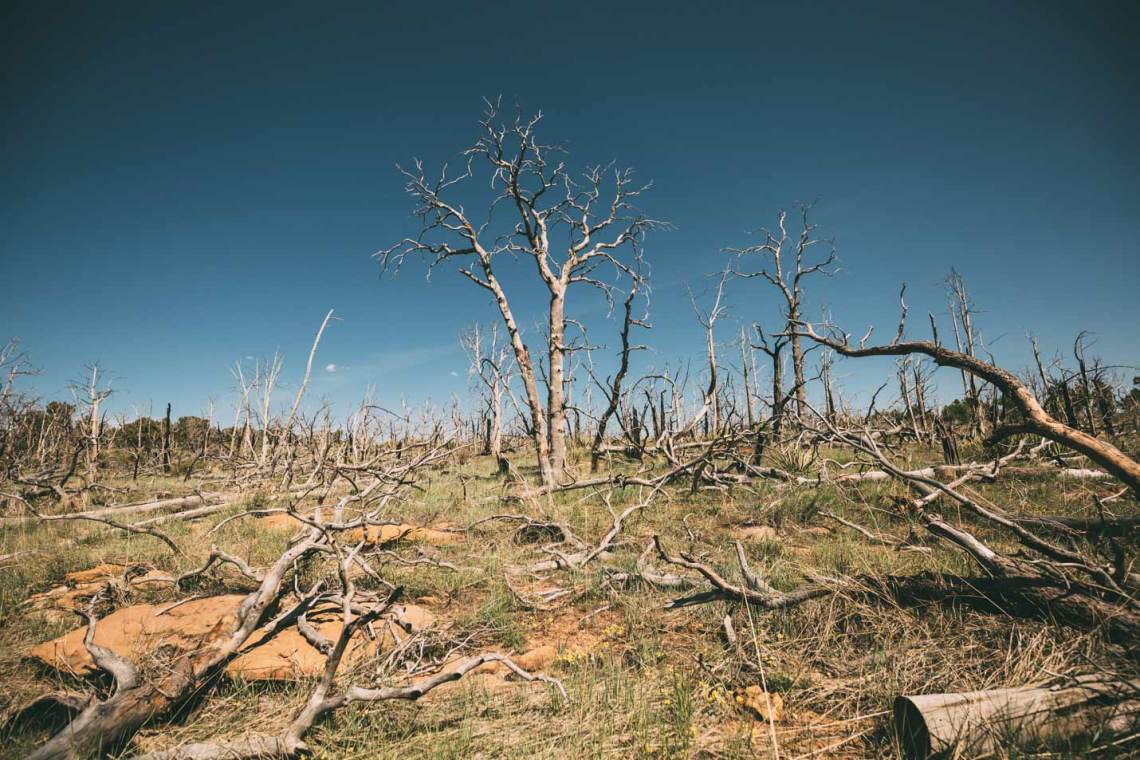 5. Cliff climbing was the mode of transportation

Far from an isolated corner, Mesa Verde was an active area of travel between the canyons. Except the roads were foot holes in cliff faces and the cars were people climbing said cliffs. Migration is how the cliff dwellers came to Mesa Verde, shared ideas and eventually left to seek new lands, possibly for water. Though the canyons may seem like barriers, they were commonly traversed in the same way we drive from one state to the next. Now can you see yourself climbing from cliff to cliff? 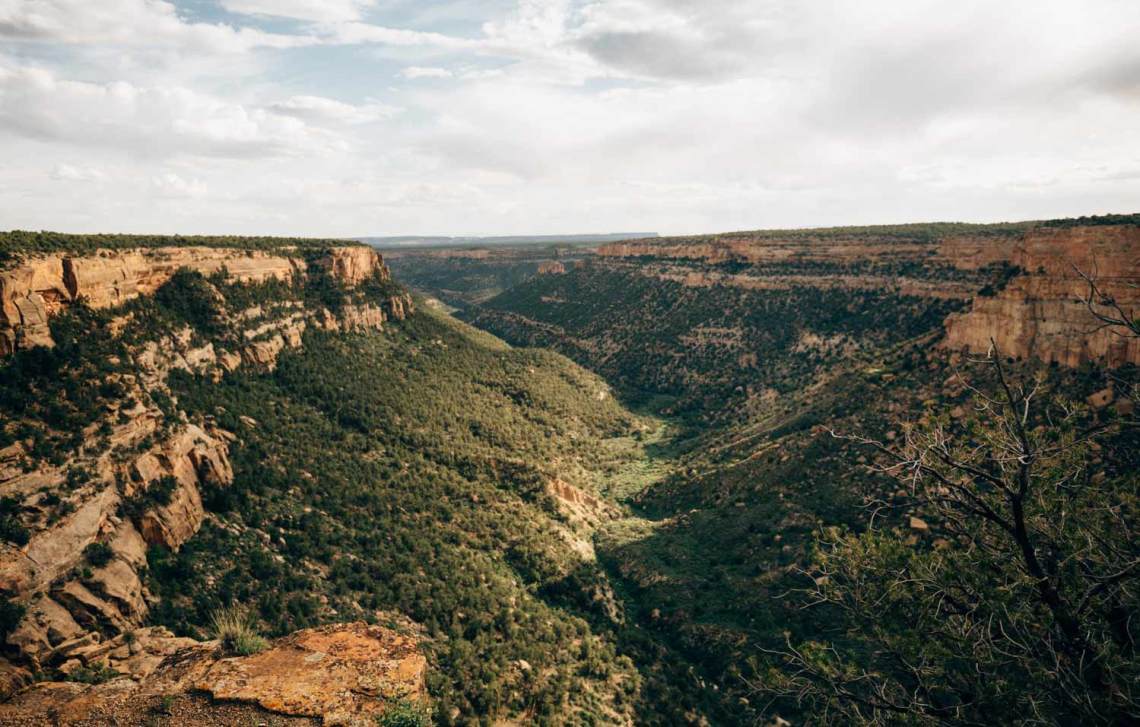 6. Water came from the alcoves

Mesa Verde seems like a dry and rough landscape at first glance, but during our time there we experienced quite a bit of rain. Still it’s easy to question, how did the people survive here? The mystery is in the very cliffs they inhabited. The alcoves within the cliffs feature seep springs and accumulated water thanks to the interesting geology of this region. 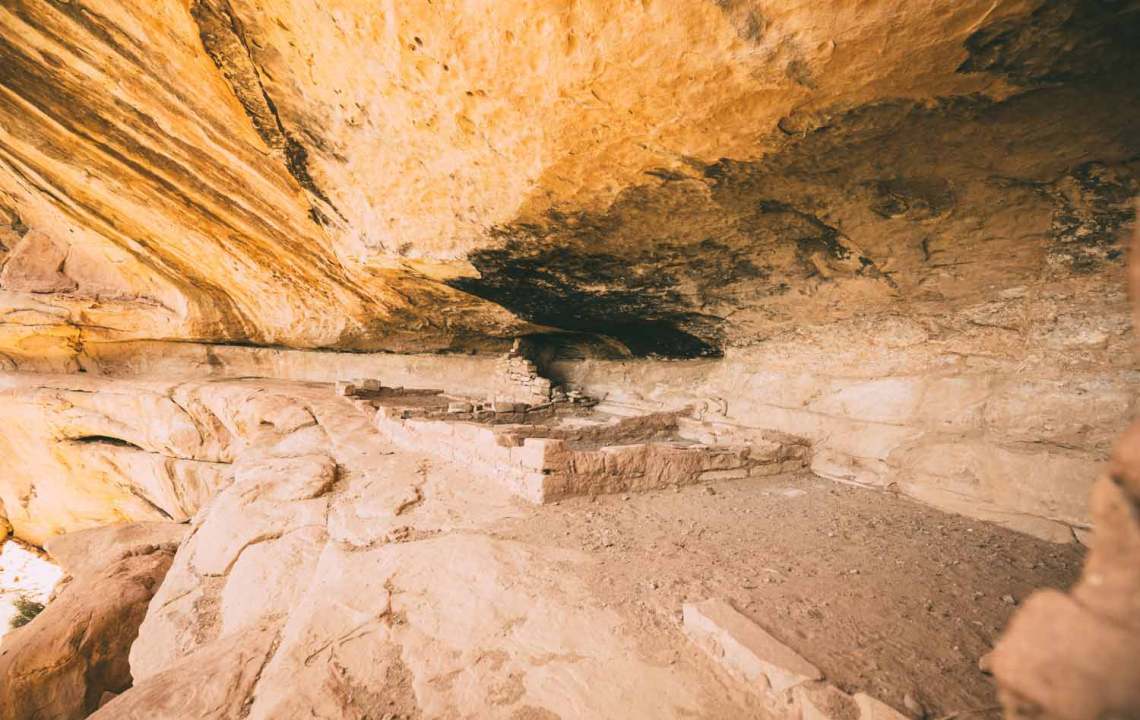 Speaking of water. While there are many other incredible things about Mesa Verde – from the views to the history and wildlife – we thought to end this collection with something you won’t find in other articles. That’s right, shower #5 at Morefield Campground seems to be the most incredible one. After spending nearly ten days in the park, let’s just say we tested the showers. Especially considering our lack of showers at Great Sand Dunes.

Morefield Campground is a village itself complete with a camp store, laundromat, cafe, gas station, shower facilities, pay phone and WIFI. Not bad for $30 a night. The sites vary in size and they each have the classic fire ring and picnic table, all within easy access to a few beautiful hiking trails.

So if you’re staying at Mesa Verde, check out this place and if shower #5 isn’t available, #8 isn’t too bad either.

Most of all, enjoy a park that envelopes your senses and holds more mystery than you might expect. We hope you’ll take a moment to view our poster commemorating this place, and invite you to check out the details in our shop.

As for the ghosts, I know they will stay with me forever. There is such a sense of spirituality in this park, it’s hard not to sit in silence and simply listen to the wind.