A wisp of smoke rose beneath a swollen moon, curling around the glowing orb. A soft caress. Our headlights pierced this fog, revealing only a few feet ahead as we traveled up to the highest point in the Great Smoky Mountains. Once there, it became clear we weren’t the only ones with sunrise fever. Engines idled as the night dimmed to day, veils of mist lifting to reveal light on the horizon. 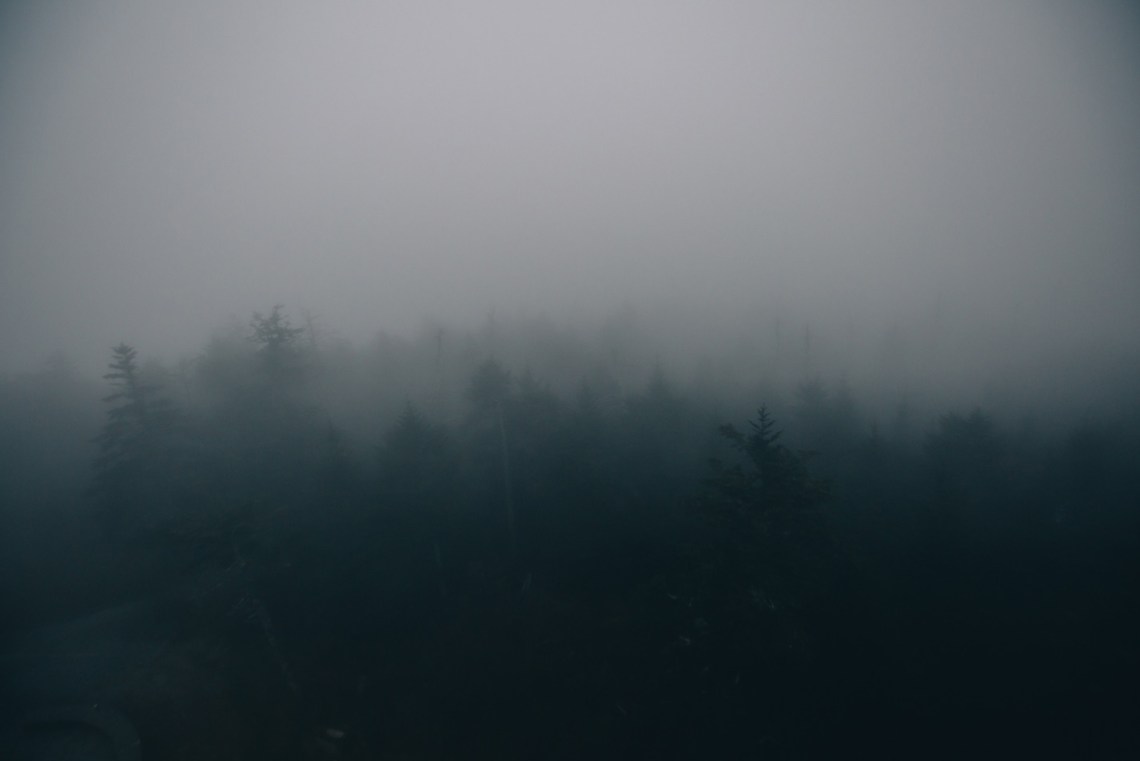 A group of young men walked by and one let out a holler; it broke through the stillness like a rock colliding down the mountainside. Unlike the rock his yell did not fade into the landscape or echo in sync with the soft winds. No, it cracked against the early morning and hung dully in the air, shattering the spell into a thousand pieces.

The jarring sounds followed my own footsteps as I walked toward the top of Clingmans Dome, focusing on little birds darting from branch to branch along the narrow concrete trail. These are my peers, the birds, not the men, I thought to myself.

How can one feel more in common with a tiny winged creature than with a fellow species?

Whirls of voices grew louder once atop the spiral structure, jutting into a sky devoid of any dawn color. Gray. Only gray. Pines and dead trees rose somberly from the mist.

It would all have felt so magical and mysterious if not for the chatter, howls and laughter filling the space. At least, I imagined that’s what they saw. Empty space. I saw something else. So much life around us, if only we took a moment to truly observe.

Why do we fear silence?

Maybe it’s a result of an entertainment age. Our oversaturated world has drained us of sensitivity, of reflection. We fear it, even. That’s why crowds flock to the chaos that is Gatlinburg, cramming together between signs and commercial demands to overwhelm the senses with some kind of feeling. Anything to distract from reality.

I observed a remarkable contrast while walking through those streets. A sliver of the moon hung so simply in a black sky above the mismatched kaleidoscopes grating against my senses below.

A week later, it seemed a fraction of Gatlinburg had wandered onto the mountaintop. I thought, quite cynically, what it would be like if no one could speak here. If we could all absorb a moment in silence. What a difference it would make, for me at least.

But I cannot impose my way of seeing upon others.

And so I wandered off that tower to a nearby trail.

There, with each step the weight of humanity fell from my shoulders. As I maneuvered slick roots twisted around rocks, the stillness returned.

Only it wasn’t really still.

A rhythmic breeze lifted puffs of mist through the trees. Birds called to one another in the early morning light. Wake up, wake up! It’s time to begin a new day. Wings flapped from tree to tree. These reached into the sky, their branches tangled together like lovers’ limbs. Water dripped from unknown places, creating pools in boulders molded by thousands of years. Moss covered many of these, enriching each breath with an earthy scent.

Oh, and the leaves. Magic, my friends.

All around the vibrant hues of a warm palette, some muted by the thick, moist air. A kaleidoscope of a harmonic kind, so different from the superficiality in our built world. It all made sense. Pieces of a perfect puzzle, despite the varying patterns, textures and sounds. Synchronicity. 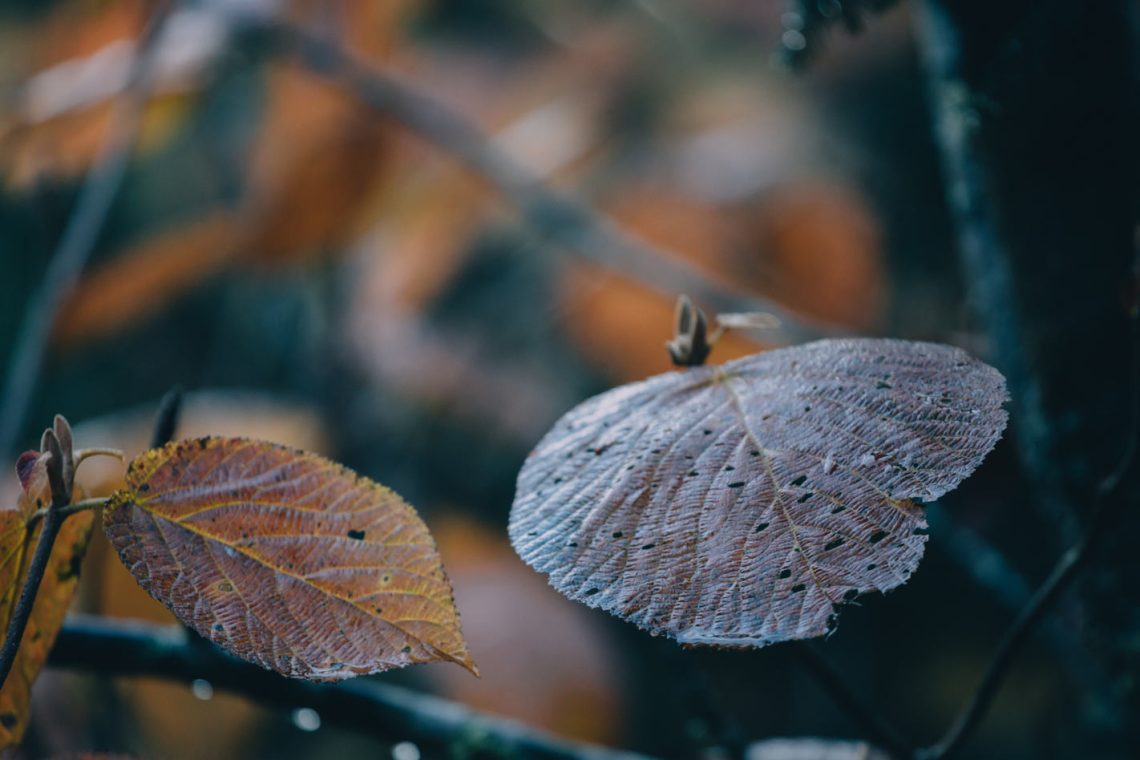 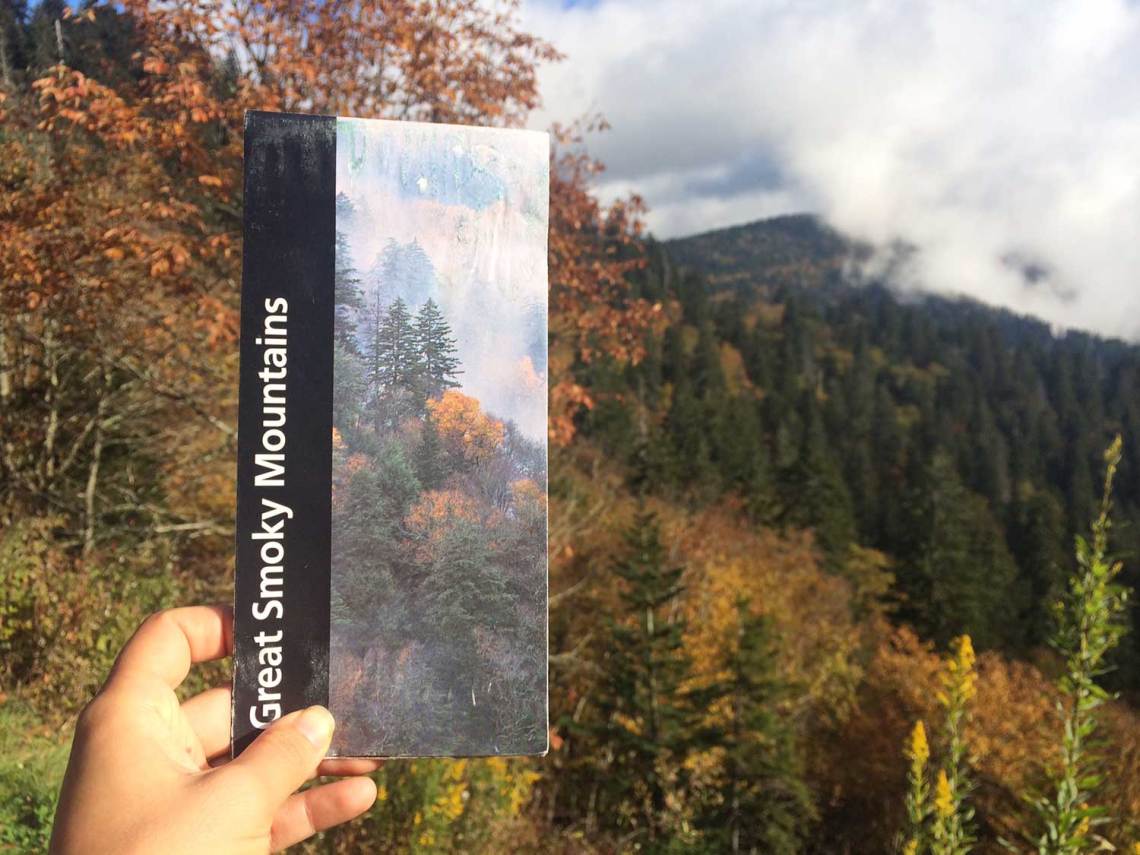 A car engine sounded below. Then a breeze picked up into a windy roar, overpowering the car and carrying with it another wave of foggy smoke. Yet unlike the car, the smoke from Nature is pure. It heals rather than harms us.

As the sun broke through the clouds I smiled into the trees, feeling as free as the little bird I wished to be.

I realized there: We are the ones with so much to learn about fitting in with our world.