Have you heard of the grand Cuyahoga Valley NP? Let’s give Cleveland a little love folks; this is a beautiful park, and it’s one of the only national parks in the midwest. Of course we’re biased considering we lived here and it’s where the quest idea took shape over two years ago. Our recent visit back through felt nostalgic as we rented bikes to tour part of the towpath trail. This bike path parallels the old canal which once carried goods to Cleveland, and now is an overgrown echo of days long gone.

A highlight feature is the famous train you can ride on to get a taste of the past while giving your legs a break. The sound of its horn will likely greet you as you hike, bike and explore, so we decided to feature it as the star of our latest Centennial Poster. Read on for a throwback story I wrote about biking in Cuyahoga VNP – probably while dreaming of this quest!

Biking to the Start in Cuyahoga Valley National Park

“On your left! On your left!” A mix of guilt and childlike giddy bubbled within as I shouted the words and whizzed by elderly wanderers in Cuyahoga Valley National Park. I felt like the gleeful kid on a bike leaving them all in the dust. Cool until I underestimated a curve and almost slid off the trail. 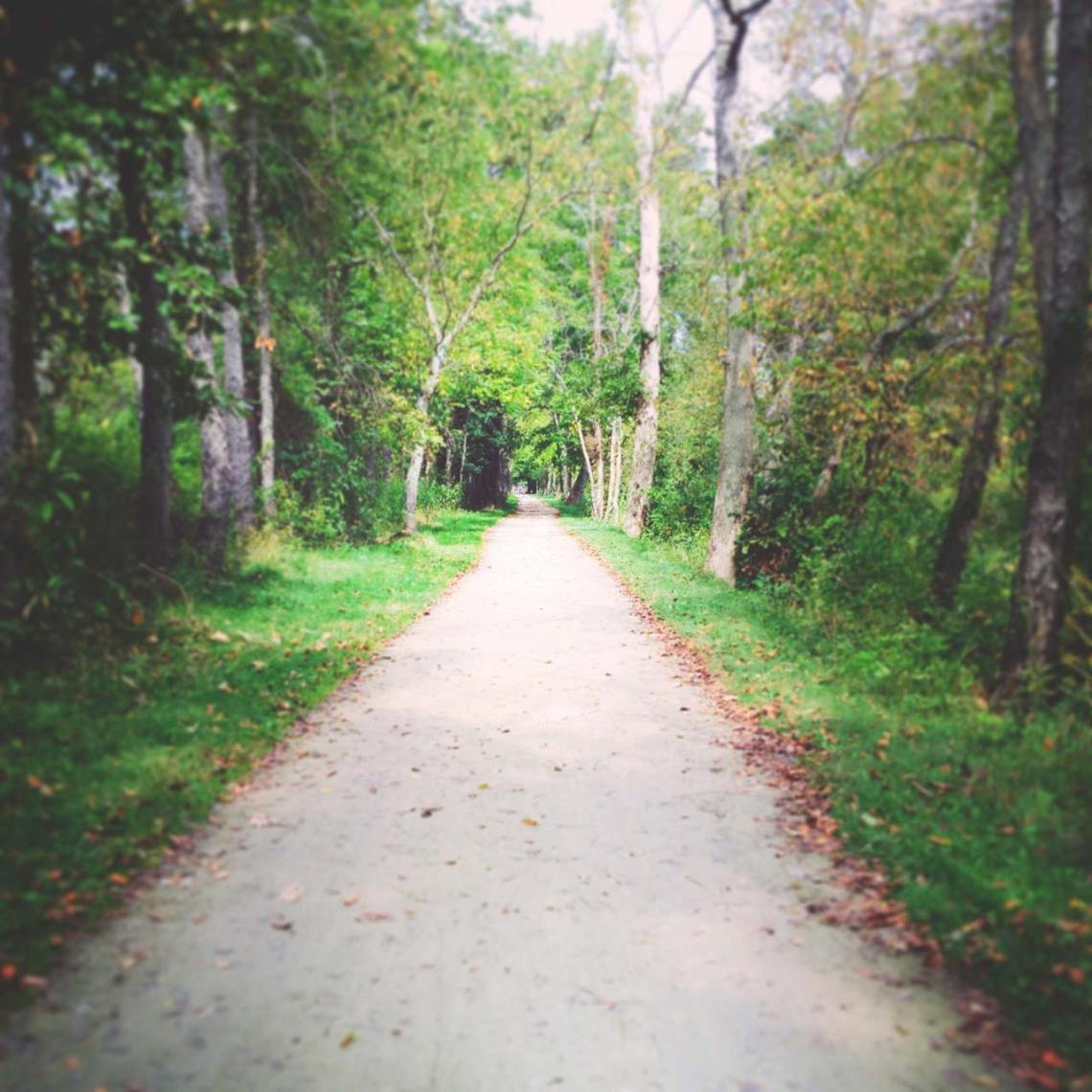 Bike on the Towpath Trail

Every once in a while you have a right to let go and be that six-year-old again. That’s what I love about biking – using the power of your body to go fast and let your thoughts drop behind you just as quickly. It’s meditation on wheels, and even better when performed on a trail where cars aren’t allowed.

If you’re one of the 11.5 million residents of Ohio, we recommend a Saturday biking get-away in Cuyahoga Valley National Park. It’s a gem of Ohio and its proximity to Cleveland also boosts the reputation of this often-slammed city.

Visit on a whim or plan this adventure: 40 miles of the Towpath Trail along the old Ohio & Erie Canal and Cuyahoga River. Yep, the same river that caught on fire a few decades ago. But today it sings a different song as it meanders through idyllic forest and fields worthy of fairytales. Train tracks follow the towpath and you can even take a train ride back, bikes and all, for a bargain price of $3. So read on for a few fun tips to make your grand trip memorable. 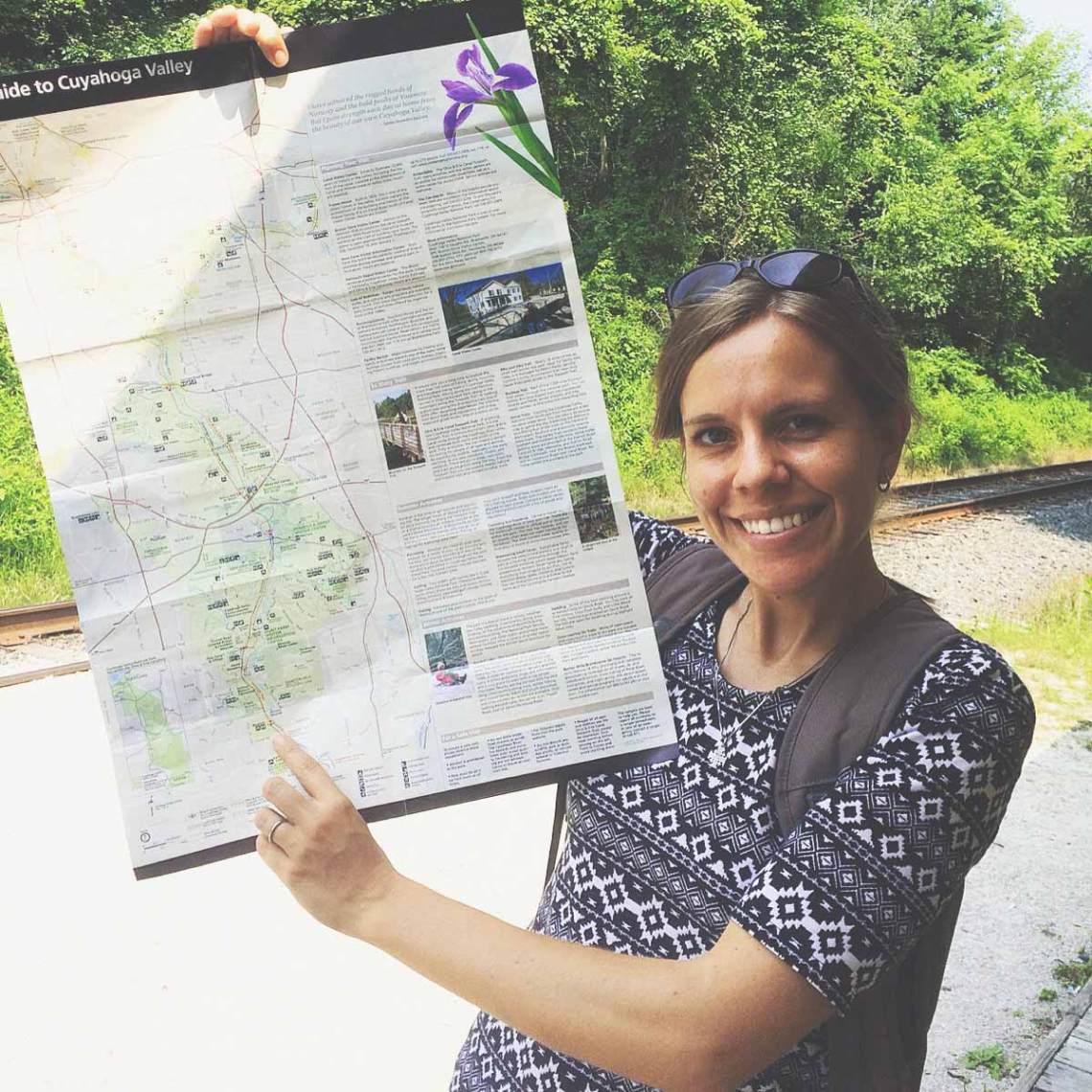 Where to Start Your Bike Adventure

First check out this map. We started just north of Lock 39 off Rockside Road and turned around about twenty miles later at Botzum Train Station, making a roundtrip journey from the park’s northern to southern border. There’s something special about holding up a map and saying you biked from one border to the other. You set a clear goal and achieved it. It helps you realize you can achieve even bigger goals.

Tip: Go early. As in dawn early. Daybreak is a special time, it’s when the birds sing the loudest and most people are still in bed. You’ll feel more at ease with less obstacles on the trail. You’ll be thankful once you’re there.

We recommend a stop at Boston, that’s where you’ll see the the visitors center with a museum, a snack shop, and vintage gas station that often features fine art shows. But keep going so you can make it to the next stop by noon: a countryside farmers’ market. 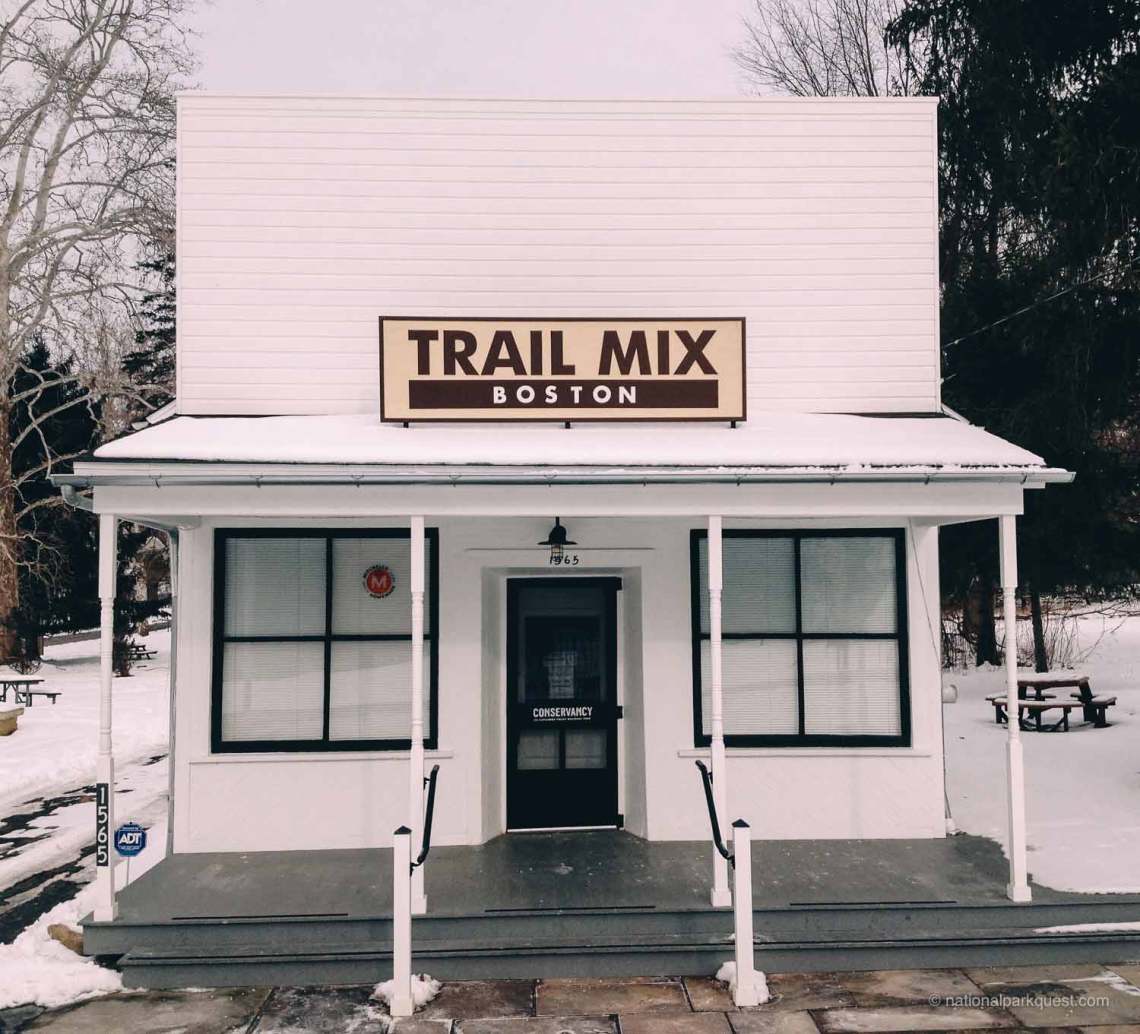 If you’re looking for a convenient early-lunch spot, check out the Countryside Farmer’s Market at Howe Meadow near the Ira Road exit of the towpath trail. It’s not right of the trail, but you can easily reach it by going out the parking lot at Ira Road, take a right and follow the road for about a quarter mile. You’ll see cars turning left for the market.

The market is set in a big field next to an old barn and features a mix of produce, crafts, and ready-to-eat food. We savored some awesome coffee from Akron Coffee Roasters and a handful of snacks from various other vendors.

Keep on Going to the Border

It’s not far from here to reach Cuyahoga’s southern border. You’ll pass an iconic National Park sign along the way, so stop there for your signature photo. Our last stop was Botzum Station where we played around on the tracks, just watch out for the train.

Whether you’re single or have a brood of five kids, the towpath trail offers something for everyone. As the map shows, it’s quite long and could make an epic several-day adventure. Get out and experience some spiritual healing, or just a bit of fun! Remember, if you’re too tired after one direction you can always hop on the train.