Of the many thinkers behind America’s National Parks idea, Theodore Roosevelt looms as one of its leaders. Though the park service was established seven years after his presidency, he’d already worked to create 23 of the 35 designated sites at that time. He wielded his presidential power to set aside 230 million acres of public land, 150 acres of which became national forests. Within these lands he helped designate 51 bird preserves, four game preserves, five national parks, 18 national monuments, and 24 reclamation projects – all against the determined efforts of commercial incentives.

The park system we enjoy today would not exist without Roosevelt’s conservation efforts, and few presidents have exhibited such wonder for our natural world since his administration from 1901-1909. Not only did he boldly use his pen while in office, he also used his voice to warn against our reckless use of resources. As quoted from In the Words of Theodore Roosevelt:

We are, as a whole, still in that low state of civilization where we do not understand that it is also vandalism wantonly to destroy or to permit the destruction of what is beautiful in nature, whether it be a cliff, a forest, or a species of mammal or bird. Here in the United States we turn our rivers and streams into sewers and dumping-grounds, we pollute the air, we destroy forests, and exterminate fishes, birds and mammals—not to speak of vulgarizing charming landscapes with hideous advertisements. But at last it looks as if our people were awakening.

Why did Roosevelt care?

Born to a wealthy family during the Industrial Revolution, Roosevelt grew up in a time when much of America’s natural wealth was still being discovered and explored. Most Americans saw this country through a commercial rather than environmental lens. But Roosevelt was keenly interested in plants and animals from an early age, and even became an accomplished ornithologist. Many know of his wilderness excursion with John Muir in 1906, and while his association with the famous naturalist influenced his policies, Roosevelt’s love for wildness began before the two even met.

The Greatest Romance of His Life

It seemed Roosevelt was destined for a storybook trajectory of university studies, politics, and family life. But a tragedy in his early 20’s forever altered this course. In 1884, both his mother and beautiful young wife died within hours of each other, leaving him in a deep state of mourning that sent him far, far away from his socialite community.

Roosevelt escaped to the badlands of North Dakota where he lost himself in buffalo hunting and cattle ranching. While many of his cattle pursuits proved unsuccessful, he reflected that his time in these wild lands marked a moment when:

the romance of my life began.

We learned about his pursuits during our visit to Theodore Roosevelt National Park, which encompass 70,000 acres set aside in his honor. Here, in lands described as hell after the flames have gone out, a man recovered from heartbreak through his own back-breaking work. Roosevelt fell in love with a harsh landscape that can quickly kill a human yet simultaneously support hundreds of other species. Gazing out across a seemingly endless horizon of buttes and plateaus, it’s easy to imagine what he saw in those days, virtually untouched since his time.

The crazy thing is, much of the land around Roosevelt’s beloved escape is not untouched. In fact, North Dakota experienced an oil boom in 2006 that has left behind both temporary economic gains and long-lasting environmental damages.

As we drove to a town near the park, I marveled at the contrasting landscape.

Supposedly the peak of this oil boom was last year, but the effects are still obvious. Billboards, oil rigs, construction projects, and shopping centers so new, they aren’t even on Google Maps yet (which is why we got lost a few times). Not to mention the rows of cheap housing and RV parks set up to accommodate thousands of workers. A grocery store we visited had more trucks in its lot than I’d ever seen in a single location, and the shoppers were mostly young men who looked dirty from a long day of work.

We’ve driven a lot of miles in North Dakota, and everything I saw immediately outside the park continues to fill my vision as we travel across the Dakotas. I can’t help but wonder:

*Now, I won’t deny that we’re driving a car dependent on oil. Or that virtually every product and service we use was crafted from some fossil fuel or another.*

But that doesn’t mean I can’t remark on civilization as a whole, to reflect on how we live through the eyes of a former president. Roosevelt criticized civilization over a hundred years ago, calling it “a low state” where we turn our lands into “dumping-grounds”.

Scores of environmental advocates have risen up and continue to rise up since Roosevelt’s time, but are people truly awakening?

The crowds we’ve encountered in these parks suggest something. Why are so many people escaping into nature? It’s because the civilization we’ve built isn’t sustaining us in a healthy way; it’s not making us happy, or fulfilled. Turn on the news or log in to Facebook and you’ll see the obvious signs.

I pose a possibly naive question: What can we do to become a strong state of civilization? To truly awaken, as Roosevelt believed we were. 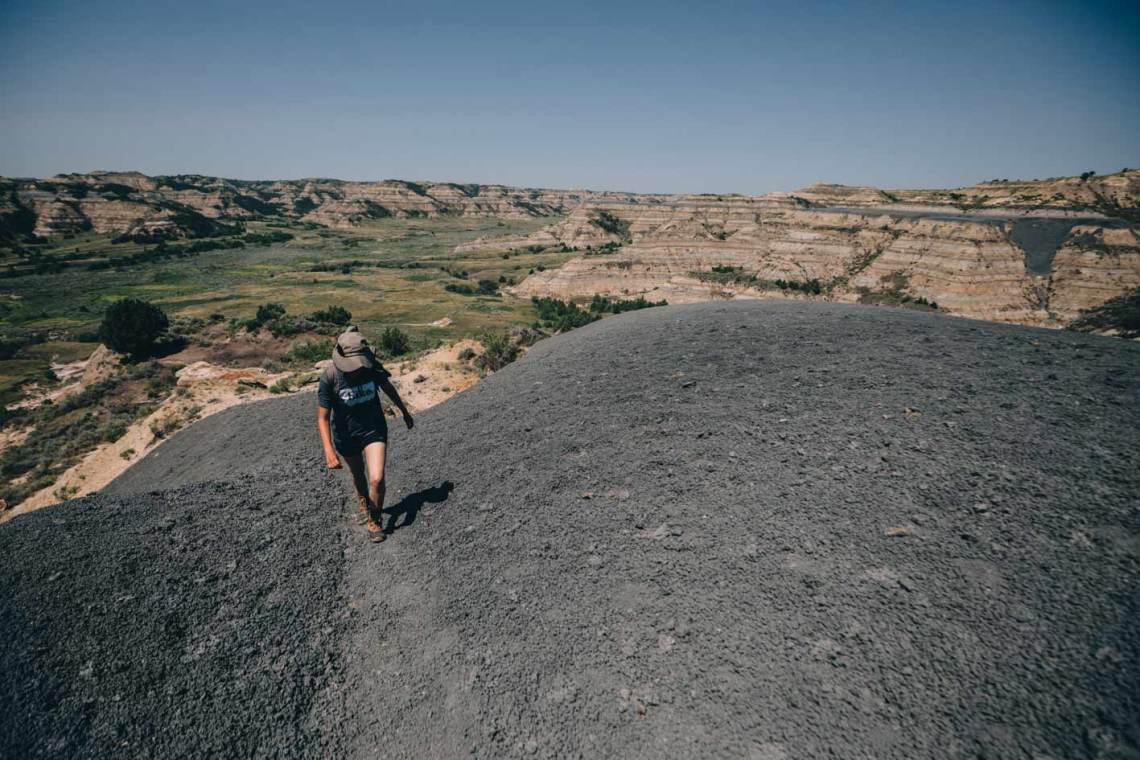 I believe the day humanity has learned to live in sync with our natural world is the day we won’t need parks anymore. We’ll build better, travel better, eat better, grow better, and love better.

It may seem crazy to call for a day when we don’t need parks, as someone who loves the parks and is currently visiting all 59 natural national parks. Maybe it’s a radical statement, but my message is this:

we shouldn’t live in a world where our natural world is separated from our every day world. It should be one.

For now, the parks give us space and inspiration to make conclusions and wish for something better. Perhaps Roosevelt knew this when he worked so hard to set aside protected lands. He realized people need to fall in love with land, just as he did, as a first step to protecting it. Of course, the issue is much more complicated than a simple blog post allows. So I’ll stick to the original question.

I don’t know the answer, whether or not T.R. would still love these lands. Probably not all of North Dakota, or the rest of the world for that matter, but he would at least love the parks.

So without a definite answer, and many more questions, I end my reflection by sharing a poem by Wendell Berry. I’m sure it will resonate with you as much as it did with me. It’s called The Peace of Wild Things: http://www.poetryfoundation.org/poems-and-poets/poems/detail/42469