Acadia National Park of Maine is a place of light and shadow. It’s where you are the first in all of the U.S. to touch morning light, and where you lose yourself in long shadows cast by a sea-kissed moon. Times in-between stand out. That moment between night and day, when mist hugs the rocky slopes of Cadillac Mountain and strange shapes arise from shadows, or the first moment when moonlight dances a path across an ocean horizon.

It was our good fortune then, to find ourselves in the midst of an in-between moment, right as the sun set to the full moon. Here we lingered on a shore near the popular Sand Beach. Yet no souls save our own listened to the rhythmic sound of waves breaking between the clang of a distant bell. All others were surely at their safe dinner tables feasting on spoils of the sea. We smiled to the coast, turned our faces to the ascending moon and listened.

In this paradise Andres told me about the late 19th century Colombian poet José A Silva, a brilliant writer who shot himself in the heart at age 30. Andres described his poem Nocturne III, and the moonlight of Acadia seemed to whisper these words to us, best read in its original Spanish, but profound still in English, below. 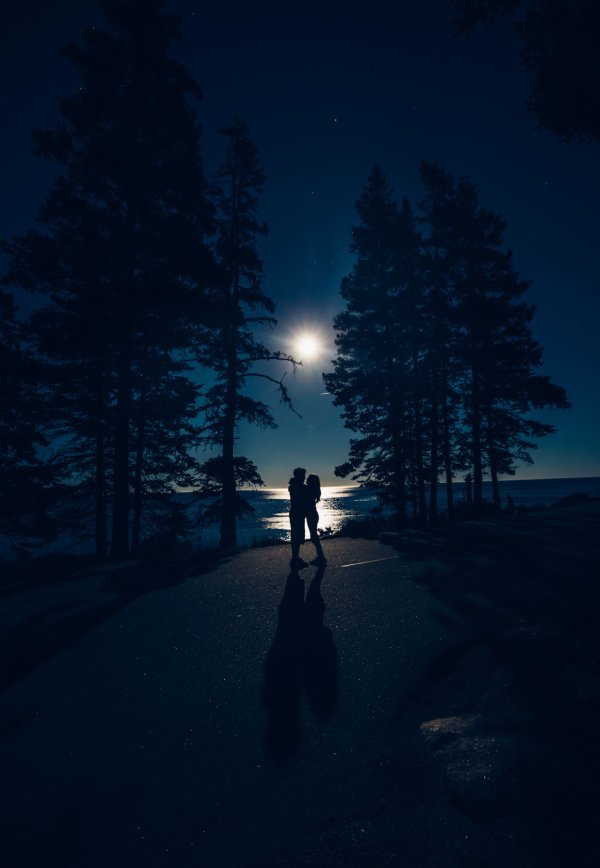 Though we hear these whispers in the shadows, they are truly the whispers of our souls, heard only during moments between sun and moon. It is what draws us to sunsets, rises and rarely, eclipses. Equally so the moment before a great storm, or right when one passes. From these times – and the thoughts felt within them – art flourishes. I cannot say why, can you?

Now I leave you with the whispers of a poet long gone, yet not forgotten.

Nocturne III (One Night) by José A Silva