All my life I heard about bald eagles. I saw them in paintings, as statues, on coins – everywhere but real life. Then we entered Voyageurs National Park, a paradise for our National Bird. Not only can you lose yourself in a canoe on the water, you can make it a scavenger hunt by paddling around the islands on Kabetogama Lake in search of eagles. There’s even a Bald Eagle Island, and yes we saw many.

We knew the eagle would be the star of our latest Centennial Poster who you see perched here atop a tree with many of the islands in the backdrop. While drafting this article, I intended to write about why the eagle is a great symbol for the United States.

Eagles are strong, brave, and they persevere. After all, they’ve had a comeback after near extinction when habitat loss and DDT (an insecticide) threatened their very existence.

But then I questioned this symbol.

Eagles are predators, and the act of preying on other beings is not something a country should stand for, if you really think into the matter. No doubt it’s the natural cycle of life – nature can be cruel – but humans are intelligent animals who have the ability to reason and can survive without being predators. There should be no sign of predation in society, where some people become victims, but unfortunately it’s at every corner and on every news channel. 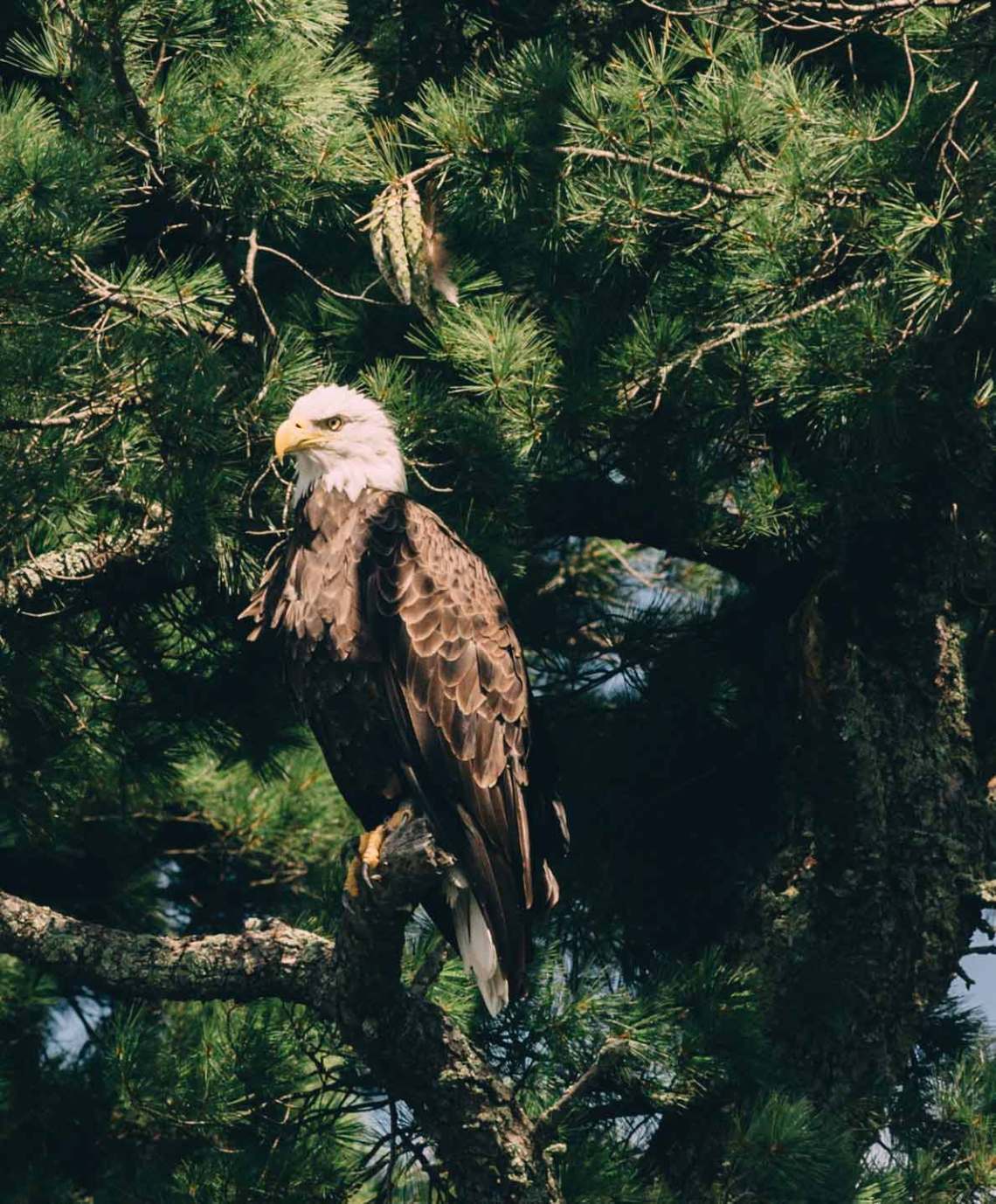 No doubt, the eagle is an impressive and beautiful creature, demanding admiration and respect.

Yet we’ve come a long way since 1782, when the eagle became our symbol. And so as times change I question if the eagle accurately represents this diverse nation.

So if not the eagle, who else could represent the U.S.?

I would propose the herbivore beaver.

Seems kind of funny – I know – but hear me out:

Like the eagle, beaver have bounced back from near extinction after being trapped relentlessly for their pelts in the 18th and 19th centuries. Beaver are also strong and impressive with their ability to endure cold winters and fell large trees. These creatures are extremely clever and creative in the way they dam waterways and build their lodges. Their work also benefits many other species and healthy habitats. Did you know they even build a vent hole and multiple rooms in their lodges? Clever, clever!

Beyond their building mastery, beaver are social animals who live in families with monogamous parents. They mate for life. Plus they eat plain old wood – talk about making due with little.

All in all, beaver are extraordinary role models. They are self-sufficient, tough, hard working, family oriented and loyal creatures who do not kill other animals to survive. Sounds pretty inspiring to me.

But we know the National Bird will not change anytime soon, and that’s perfectly okay.

The mighty bald eagle will always have a special place in our hearts, and we’re happy to commemorate him in the Voyageur’s poster.

Check it out in our shop, and let us know what you think – could you see the beaver representing the U.S.?