It’s hard to imagine a day when Yellowstone National Park was compared to the fiery pits of Hell. With close to 4 million visitors per year and thousands of beautiful photographs attesting to its beauty, the park is now a national treasure and symbol of the American outdoors. 144 years ago today, Yellowstone became the very first national park, and we can thank art for helping this symbolic moment occur.

Let’s go back to those days. Yellowstone was considered sacred land by Native Americans, and humans inhabited the lands over 10,000 years ago. There are more than 1,600 cultural sites linked to 26 tribes that consider Yellowstone significant to their histories. But to early American trappers and explorers, these lands were dangerous and full of terrors in their wildness. 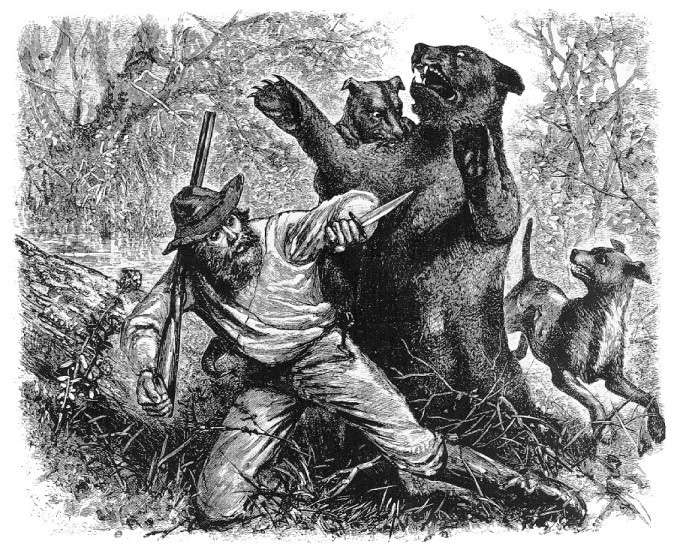 Imagine the movie The Revenant which portrays the struggle of Hugh Glass, a real-life frontiersman who joined a fur trapping expedition in 1823 that went horribly wrong. Although most of us know the fate of Glass, what happened to his young companion Jim Bridger? You may remember him as one of the fellows who left Glass to die (well at least he seemed quite remorseful about it). Glass later forgave him for this err in judgement.

Bridger actually went on to become one of the first white men to “discover” the mysteries of Yellowstone in the 1830s. Not many believed his far-fetched stories of spewing waterfalls and gurgling mud pits.

But Bridger’s experience seems rather tame compared to a previous explorer who traveled the lands outside of Yellowstone thirty years earlier. His name was John Colter, and this man solo-trekked hundreds of miles of terrain in harsh winters, bringing back descriptions of the region to disbelieving audiences. These folks dubbed the region “Colter’s Hell” thanks to his tales of steaming water and geysers, just like Bridger’s account later on.

[quote name=”Ossie Davis”]Any form of art is a form of power; it has impact, it can affect change – it can not only move us, it makes us move.[/quote]

So how did the Yellowstone region go from “Hell” to “Heaven” in the eyes of the public? Bring in Thomas Moran, a famous painter who joined an official 1871 expedition to survey the region and end the rumors. What he captured through art was pure wonder.

Led by Dr. Ferdinand Hayden of the U.S. Geologic Survey, Moran was funded by the Northern Pacific Railroad, which undoubtedly had a commercial interest. Over 40 days of wilderness exploration allowed Moran to visually document 30 sites and keep a detailed diary of the journey. Along with photographer William H. Jackson, Moran created masterpieces that would confirm reports gathered by the earliest explorers.

As the saying goes, “A picture is worth a thousands words,” and up until that point, not even a thousands words had convinced folks back East of the western majesty. But thanks to the paintings of Thomas Moran, Congress and President Ulysses Grant were inspired to think twice about this region. So much so that by only 1872, Yellowstone National Park was established as the very first national park of America.

The legacy of Moran’s work may boldly be described as this:

The founding of Yellowstone began a global national park movement which has led to more than 400 national park areas covering 84+ million acres of land in all 50 states, as well as parks in 100 countries, with a total of over 1,200 national parks in the world.

That, my friends, demonstrates the power of art.

Would Yellowstone have become a park without artists involved? Quite possibly, but the tale wouldn’t be as awe-inspiring. We can’t accurately describe the harmony of Moran’s paintings, the depth and detail are overwhelming. All we can do is take a moment to appreciate the role of art in this story, an empowering one for artists and explorers alike.