For Amy Bogard, the world of art knows no boundaries. She is an artist who translates what she experiences through a rich array of expression; from illuminated journals to embroidery, writing to watercolor illustration, and more.

Five years ago, Amy spent nearly a month in Mammoth Cave National Park as an Artist-in-Residence where she became immersed with the sights and sounds of the longest cave system known to man. We recently sat down with Amy just before our quest launched and enjoyed a rich conversation about her time in the park. 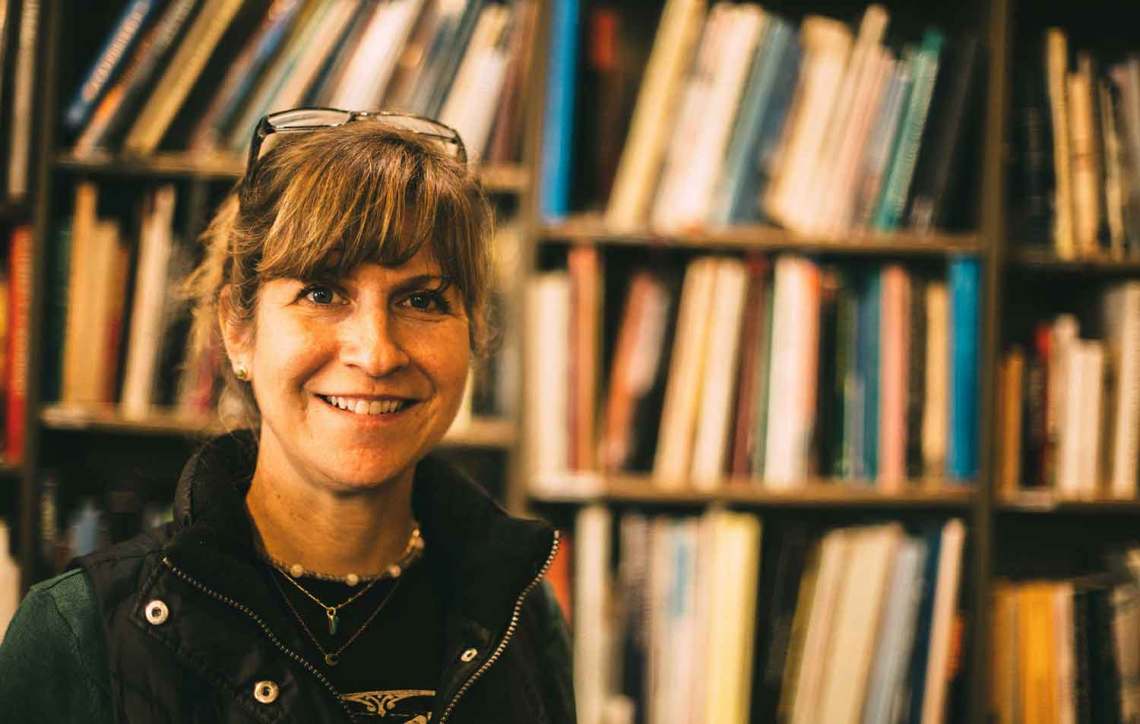 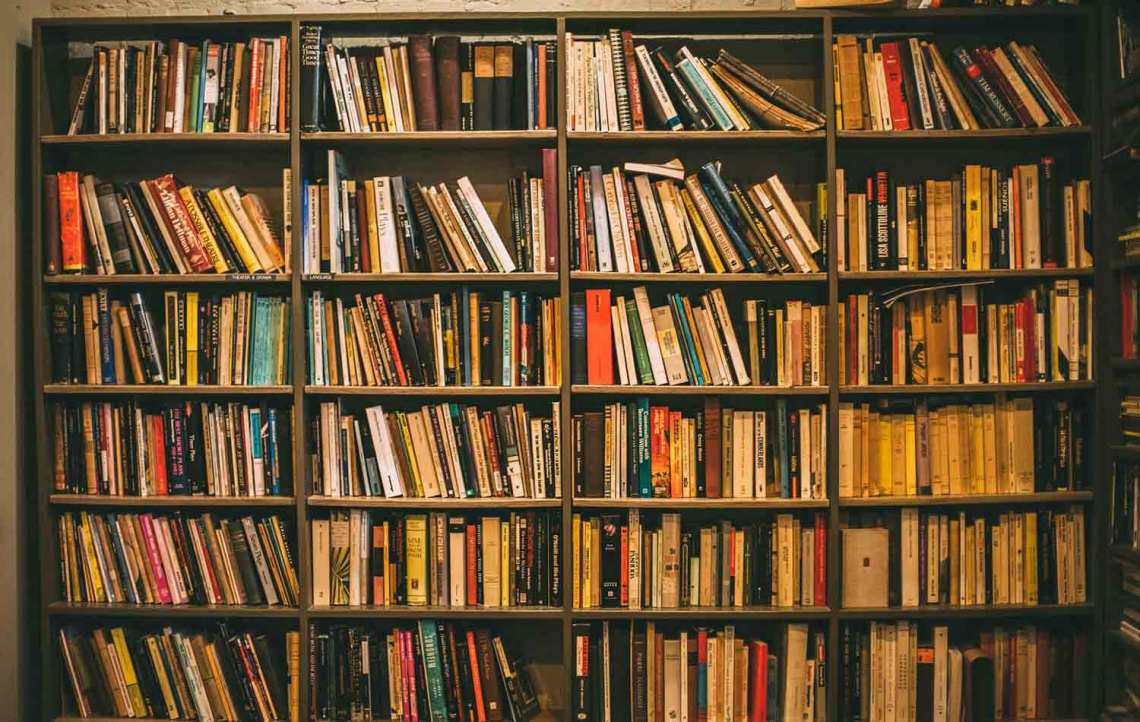 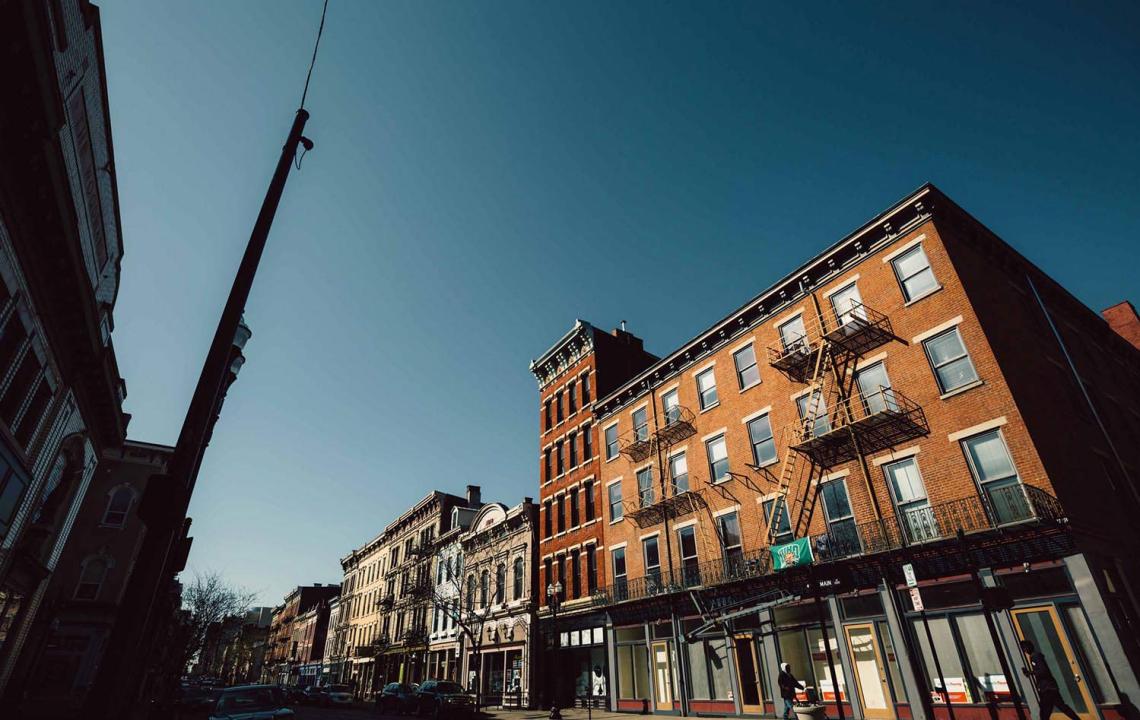 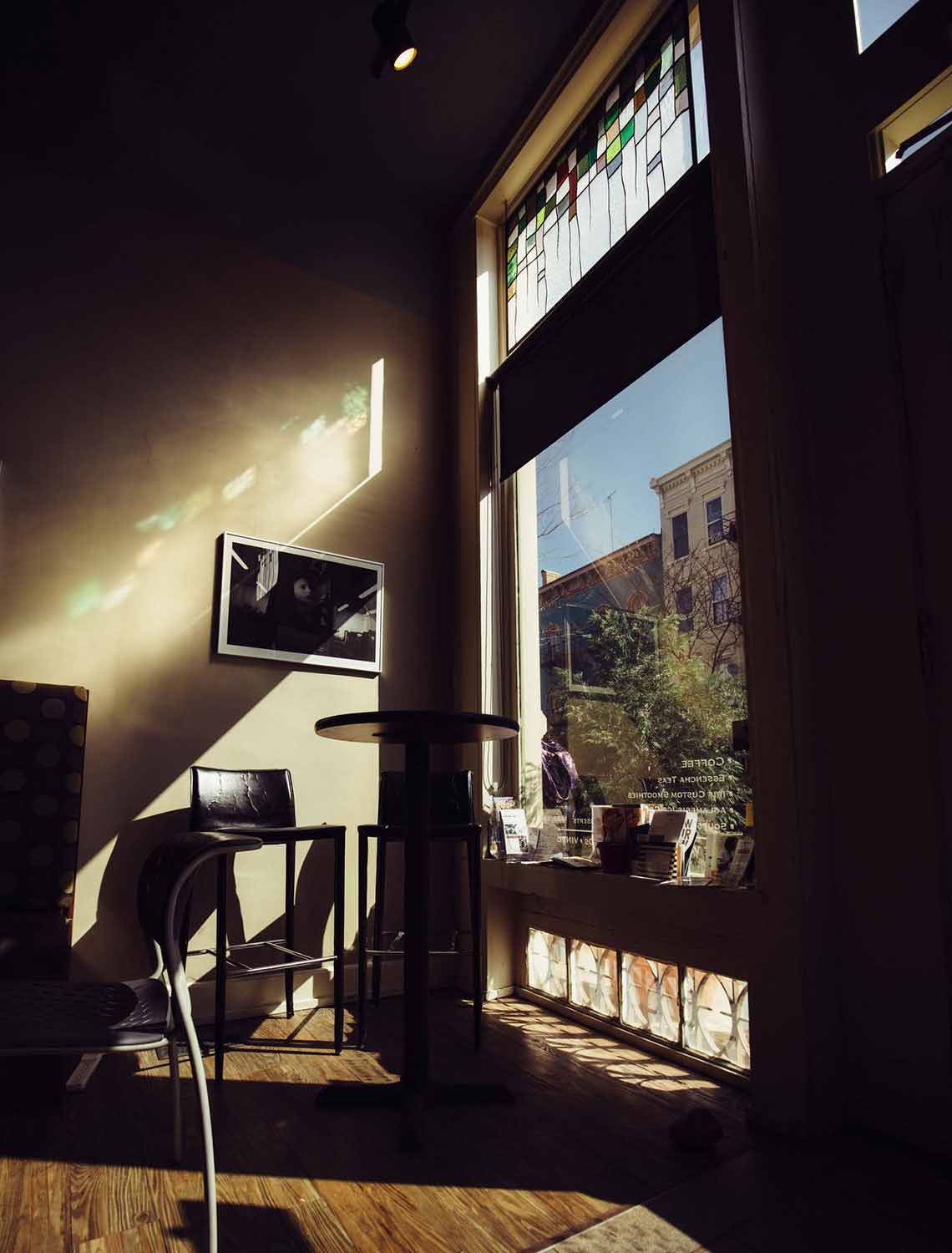 Meeting Amy at the Iris Bookcafe in Cincinnati, Andres and I greeted her in a room bathed with light. The high ceilings and worn surfaces of the cafe transported us back into time, and that’s precisely what framed our Mammoth Cave chat: history. The park is an open museum of myth and legend thanks to the mystery of a cave system that continues to surprise explorers each year. As chronicled on her blog, Amy shares many of the stories which formed the inspiration for her quilt, The Brea(d)th of History. Crafting this piece was a result of reflection during the year following her residency, which the parks provide to give artists the time they need to create. 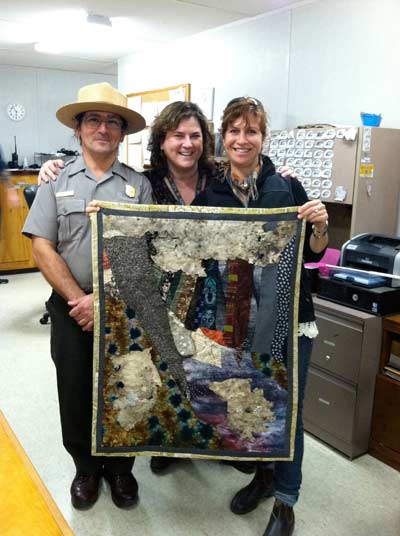 Yet the quilt itself is an outcome of many other works of art that came to life during Amy’s exploration of the park. She kept a sketchbook, embroidered, and wrote about many of the adventures.

Seeking the Stories of Mammoth Cave

Amy became interested in a residency when she discovered the work of a previous Artist-in-Residence, and having visited the park a number of times before, she felt drawn to spending more time there. The residency marked a challenging time in her life and provided a space for healing and reflection. Her vivid words set the stage:

From a well made, protective cocoon, given enough time and love, magic can emerge. Music where there was none before; artful objects that did not exist just months ago. Opportunities appearing from seemingly thin air. 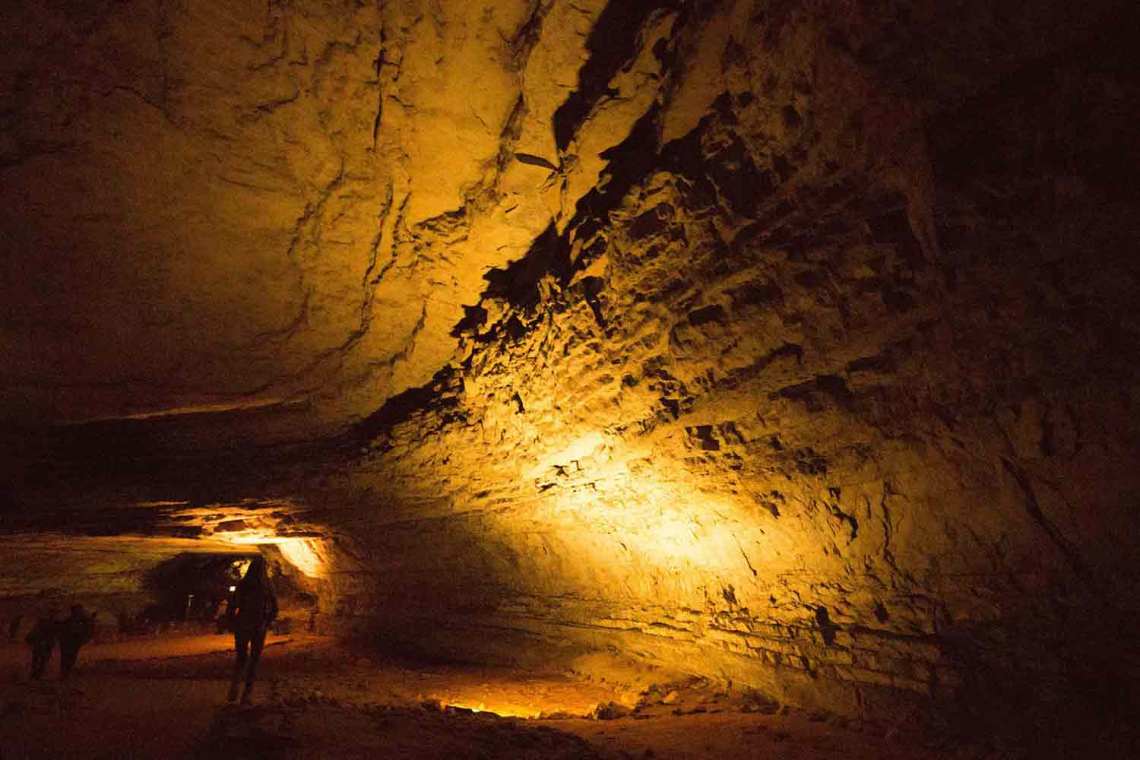 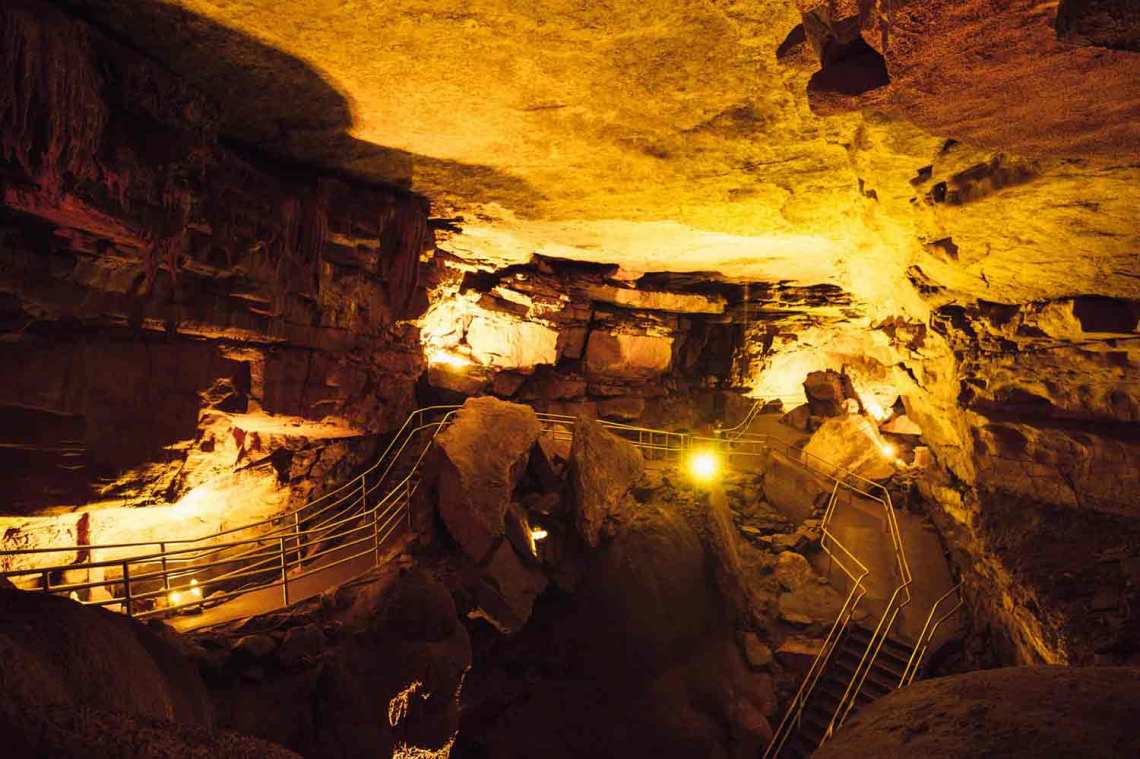 Mammoth Cave National Park is a mysterious place with a cultural history that’s layered much like the geological formations that make up its 400+ miles of intertwining tunnels. So many parallels exist between these layers and the interwoven thoughts of the mind. Like a cave opening up to the world above, we are often wandering between light and dark. The air that moves through the cave system brings the stone walls to life, and there is a sense of peace in feeling the Earth breathe.

As Amy describes, “The shadows and whispers of those who came before are around every bend in the cave. This cave, much like others, breathes with the breath of the earth, air moving with the changing temperatures and moods of the earth and atmosphere itself.” 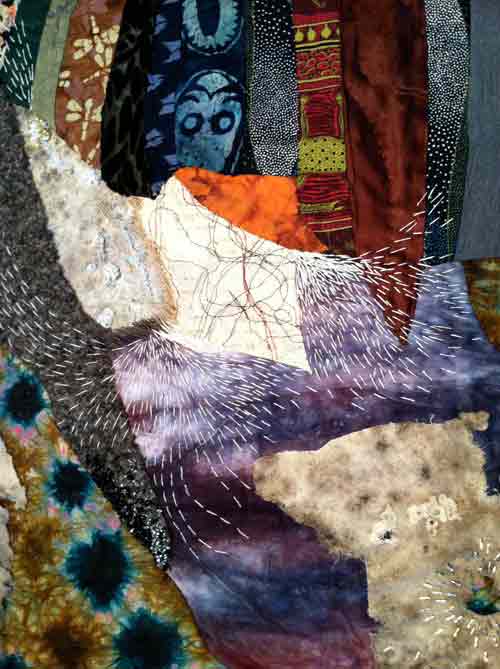 These words are borrowed from her description of The Brea(d)th of History, which symbolizes a tradition of quilting in Kentucky. Details of the quilt took shape while Amy spent each day talking with rangers or naturalists, going on cave tours (more than eight), biking or running, sketching, and experiencing with no set goal. It was challenging for her to let go of expectations – the eternal tug of this need to create – but she found that just letting things happen brought her the best experiences.

One of these impromptu experiences was meeting descendants of a tuberculosis patient who was part of an experiment by physician John Croghan between 1839 and 1849. He believed the consistent climate of the cave could heal tuberculosis, but it was sadly a failure. Oliver Hazard Perry Anderson (OHP) was among those patients and his graffiti still adorns the cave walls, along with hundreds of other marks left by folks long past. When OHP’s descendants came to Mammoth Cave for a specially guided tour, Amy was invited to join and moments like these gave her the most insight into the layers of the park. Marks like OHP’s initials inspired another layer of the quilt. 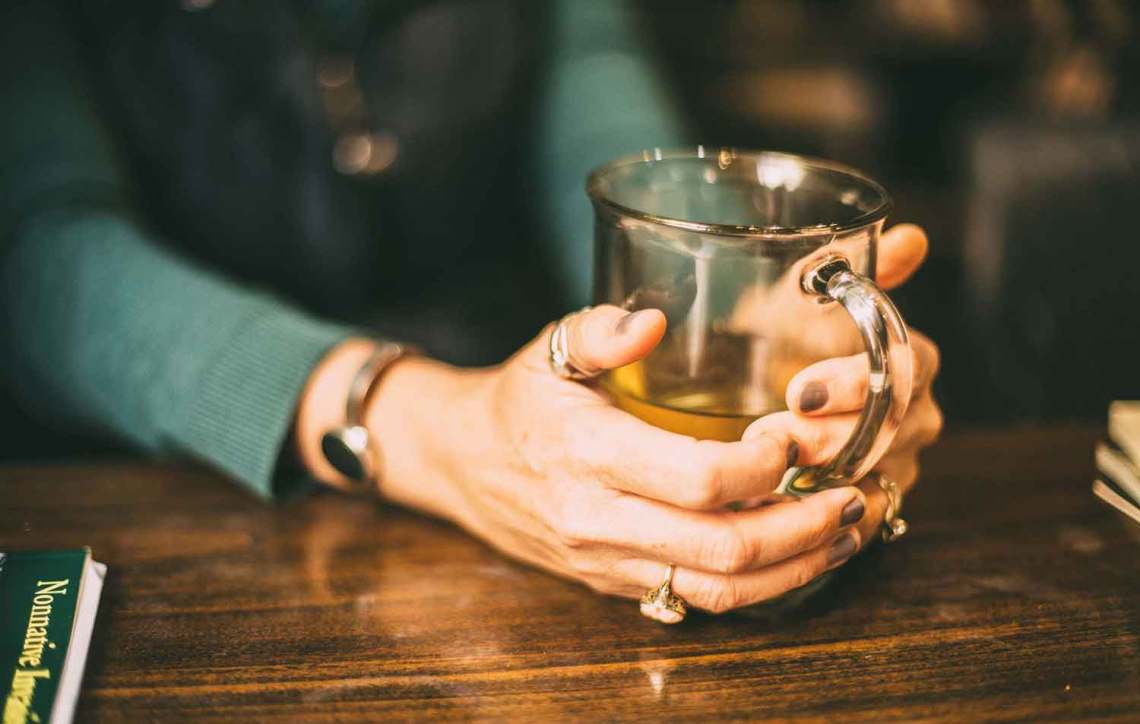 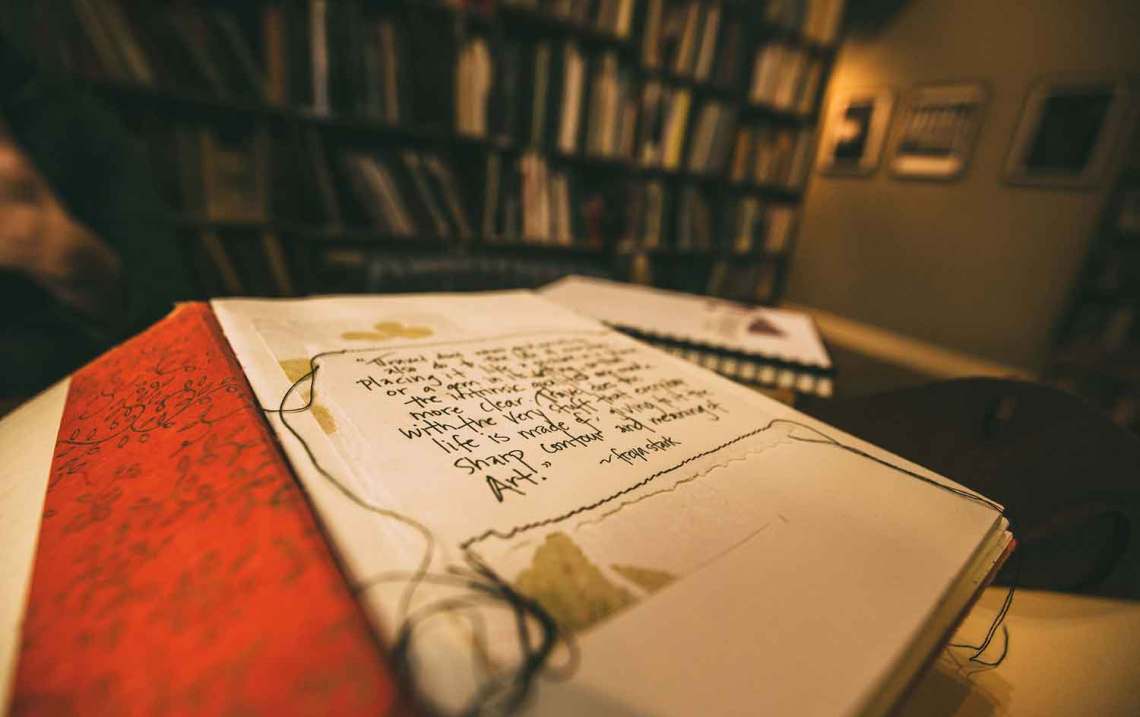 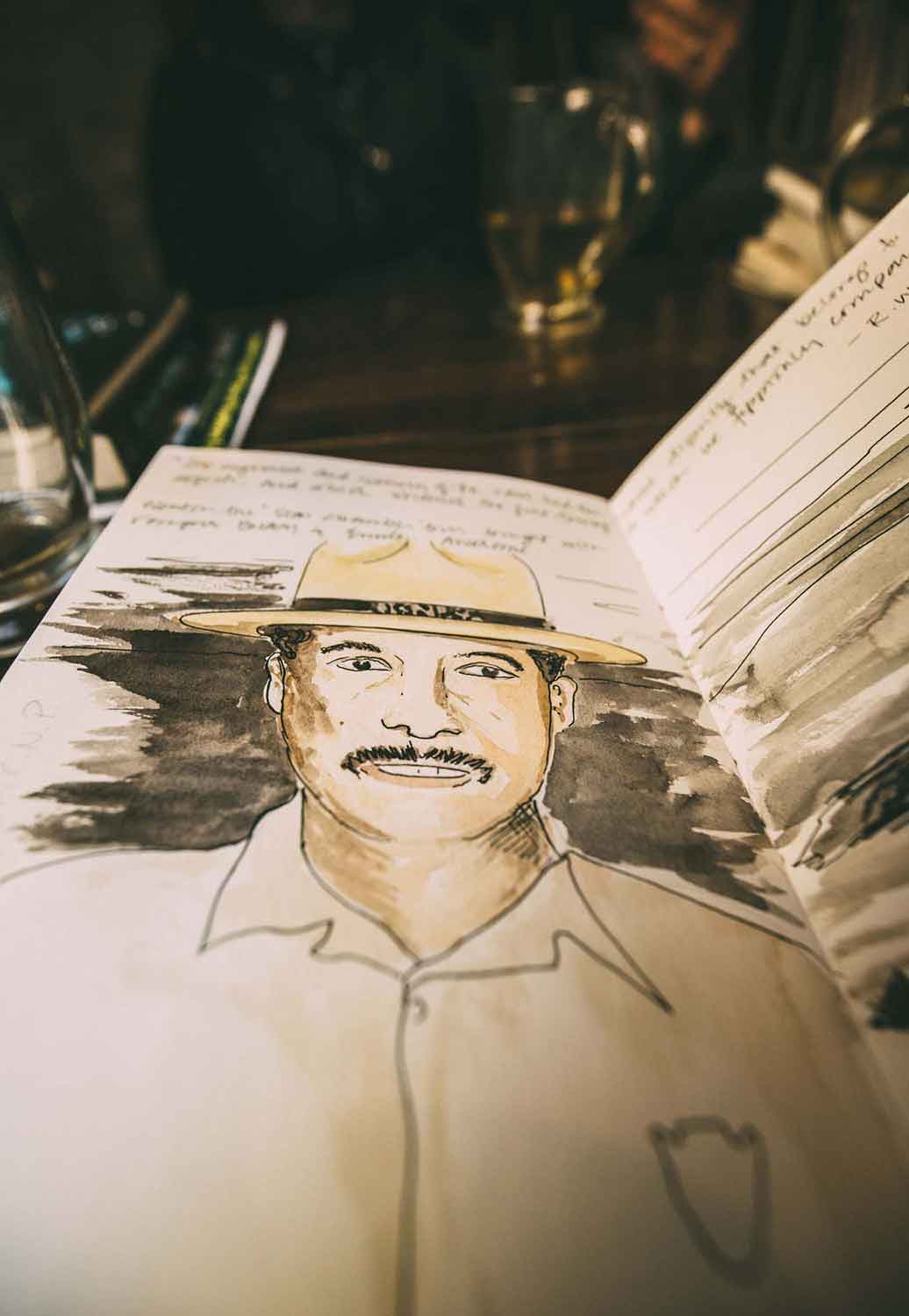 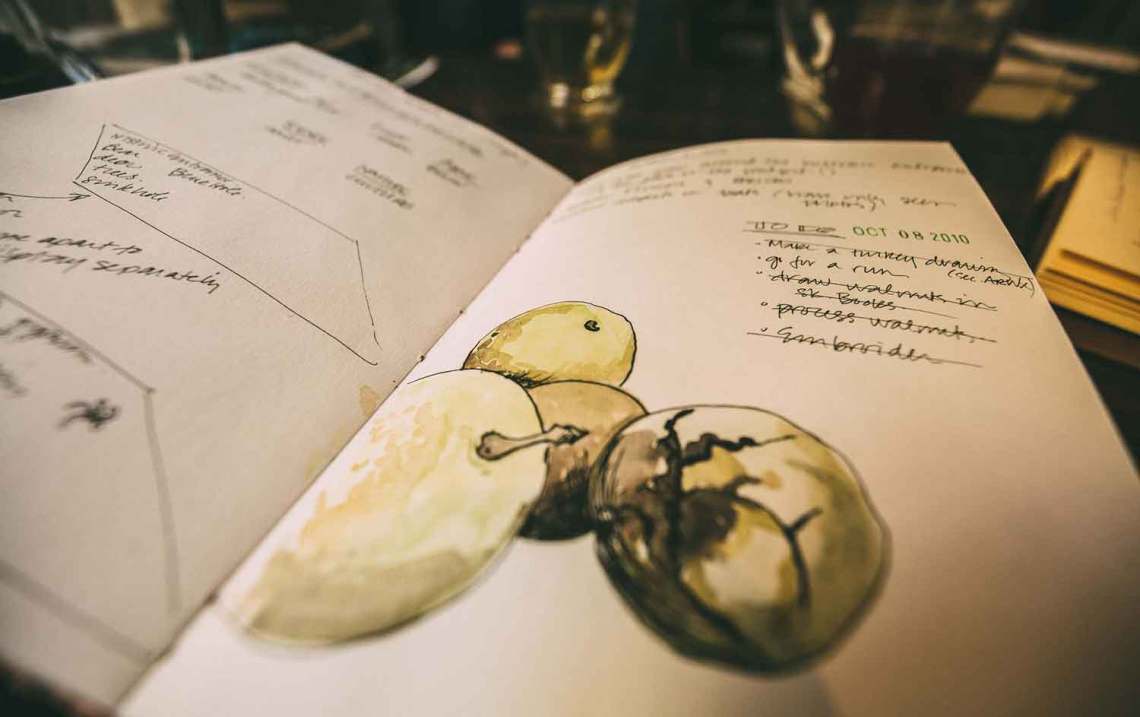 These moments were often chronicled in her sketchbook, an illuminated journal of writing woven together with vibrant watercolor illustrations, collages, and prints. Much of her reflection in Mammoth Cave springs from the pages of her sketchbooks, from pieces of history to sketches of wildlife and plants. She often experiments with found objects, leaving no subject matter untouched, and includes the results in her work. Admiring the humble forest, she used found walnuts to dye a piece of fabric discovered at an antique store in Cave City. This piece later became part of the quilt, binding together the natural and cultural histories of Mammoth Cave. 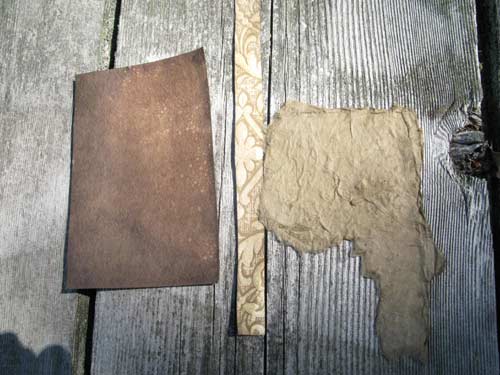 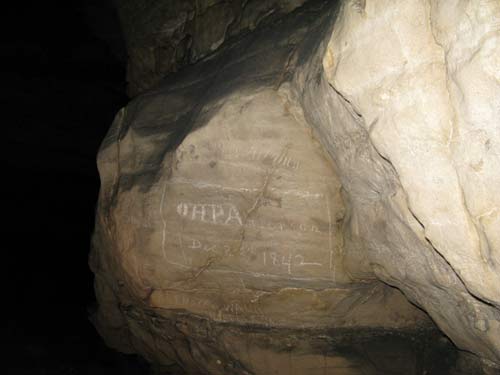 The Significance of Storytelling through Art

The story of OHP marks a moment in time, with some many other historical figures marking other moments in the great tapestry that is Mammoth Cave. Remembering them through art and direct interaction in the park helps remove the filters through which we see the world. As Amy explains, “If we can humanize historical figures, whether they are distant relatives or the people who shaped our world today, then perhaps we can walk this world as kinder, wiser human beings.”

Art forces us to ask questions. Looking at The Brea(d)th of History, we can ask “Who is that person?” “What do those white threads symbolize?” “Is there a face in that pattern?” Questions provide the opportunity to seek answers. Find out who that person is, and discover he is Mat Bransford, a former slave who gave legendary cave tours. The art, a reflection of the park, connects us to times and places that teach us lessons about our actions in the world.

Amy’s storytelling quite literally illuminates Mammoth Cave with a quilt that glows against the light, creating a mood much like the one felt within a cave. You may look at the quilt and not know what it means – we all see different things in art – but it invites you to think about a mysterious place steeped in legend.

Layers of a Story

The Brea(d)the of History took on new meaning for us after visiting Mammoth Cave. It carries the essence of the park with its patterns, textures, colors and lines that truly reflect the complexities of the park. At first glance, driving off the highway into farm fields doesn’t feel like a unique experience. But then you spend a little time getting to know the place, and the layers begin to peel away bits and pieces of a story with so many fascinating chapters.

The quilt is now housed by Mammoth Cave and Amy continues to embroider and illustrate new stories inspired by the wonder of our natural world, as shown below. We invite you to check out her diverse array of lovely projects at her website, amybogard.com. There you will find all of her posts on Mammoth Cave. If you want to learn about creating your own illuminated journal, whether you’re an “artist” or not, definitely check out this opportunity: Amy Bogard’s Illuminated Journaling Workshop Taos, NM.