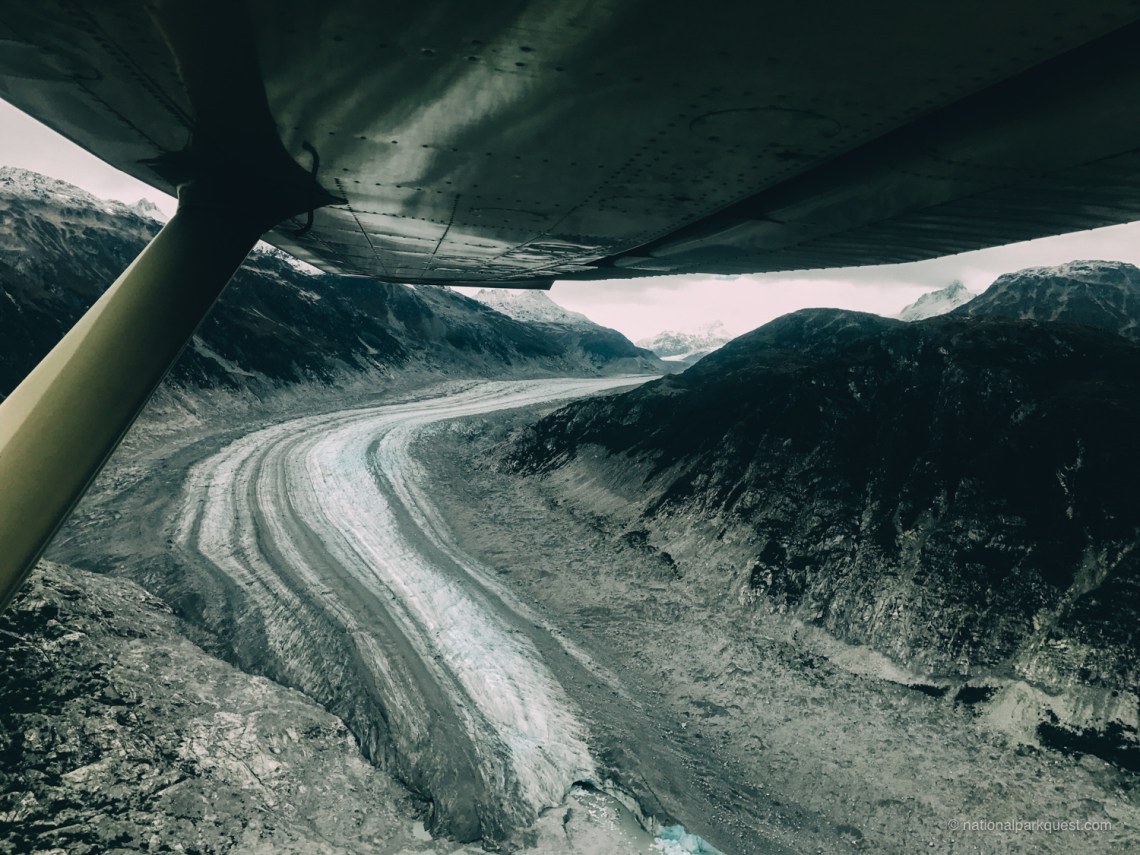 Bush planes, by the time we reached the Lake Clark chapter there was nothing that could phase us. Ice climbing, small planes, close encounters with bears, we were ready for anything. Lake Clark and Katmai just like Gates of the Arctic and Kobuk National Parks, are not accessible by car. We were going to have to take another bush plane, but we had already done that in other parks. Things are never as scary the second time. Well.. almost never at least.

We drove from Kenai Fjords National Park to Anchorage for our flight to Lake Clark. Our flight was leaving from a smaller airport since we were taking a bush plane this time. We were ready for our flight as we had already been on a similar flight earlier in our adventure. Andres was excited to sit next to the pilot with his camera and take his amazing aerial photos and I sat behind him next to another visitor headed to the park. We took off smoothly and flew over a massive body of water. Mountains and rivers crisscrossed the landscape that stretch as far as we could see below. Then as we came close to the glaciers wedged in the mountains, things began to take a bit of a turn. 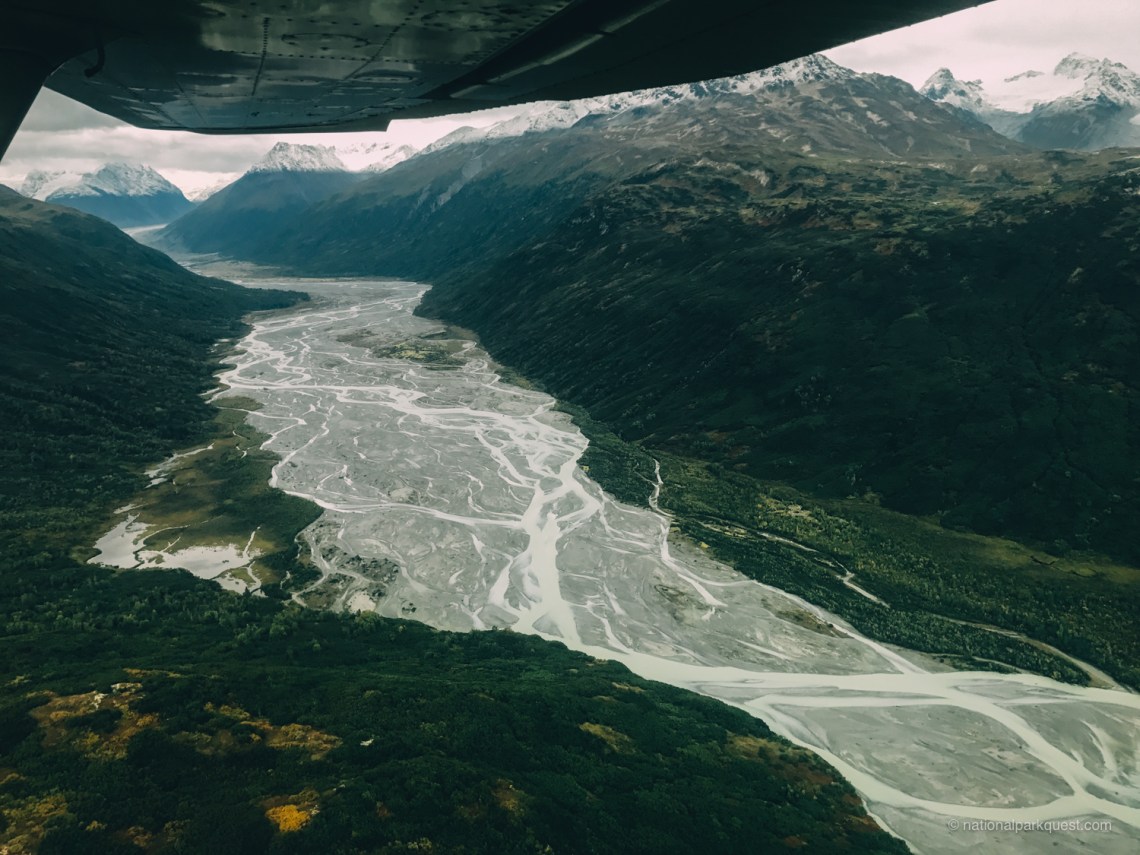 We hit some mild turbulence, nothing to worry about, but the farther we went, the more intensely the plane began to toss and jump. The view was fantastic, but the wind became so intense we could see trees swaying even from high in the air. The plane jumped and groaned, sometimes sharply losing altitude, sometimes being pushed to one side or the other. I gripped my seat and clenched my teeth.

After what seemed like an eternity, but was closer to 40 minutes, we saw Lake Clark in the distance. I had never been so excited to see stable land. Landing was a bit of a challenge since we were in a full wind storm by now, but after a while the plane jumped onto the gravel runway and roughly puttered to a stop. I jumped out of the plane quickly and fought with every fiber of my being to not start kissing the ground like a character in a cartoon. 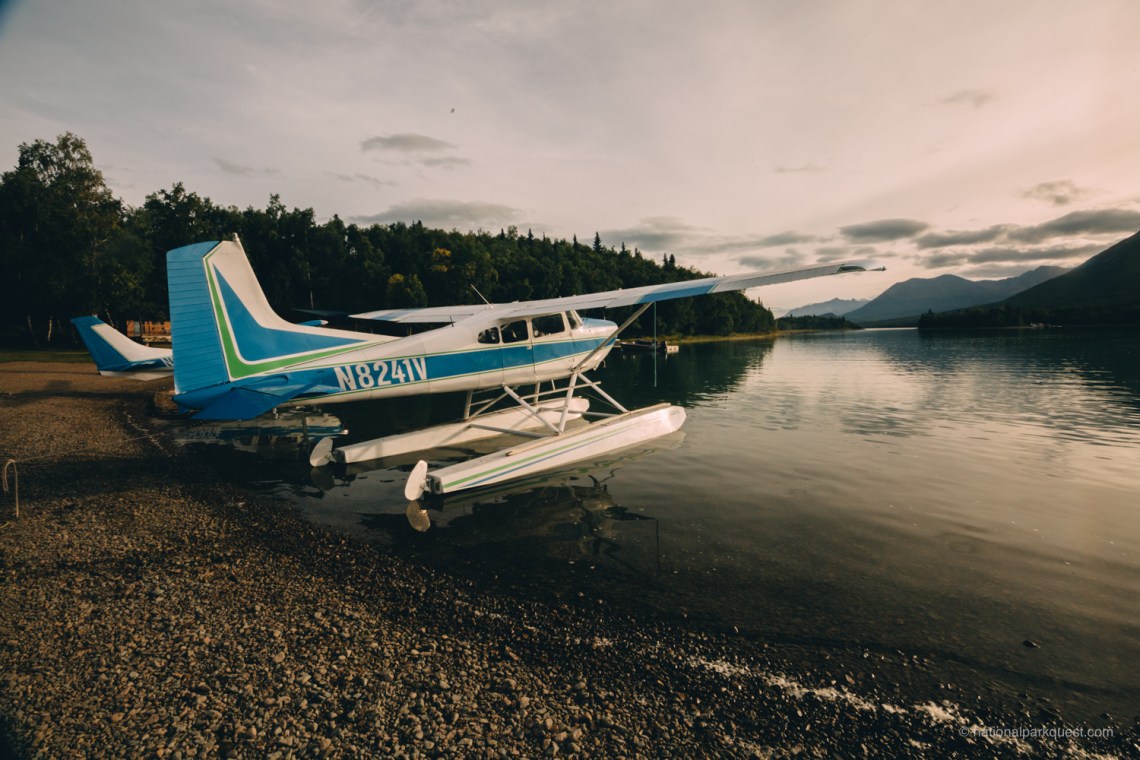 Many communities in Alaska are completely unreachable except by plane or boat. Those of you who read our Kobuk and Great Sand Dunes chapter will recall that our visit to Kotzebue was under similar conditions. Lake Clark and Kotzebue are similar in accessibility, but some very key differences make these places very dissimilar. There are absolutely NO amenities in Lake Clark unless you are in a lodge. No restaurants, no supermarkets, no public restrooms, wifi, nothing!

We stayed in the Tulchina Adventures campground about one mile from the airport. Our stay was $50 per night and this is really the only available camping in the area, but it is really nice. They provide small cabins with netting to keep out bugs and all necessary amenities: trash, water, fire-pits, and primitive restrooms. The sites were very nicely maintained and private. 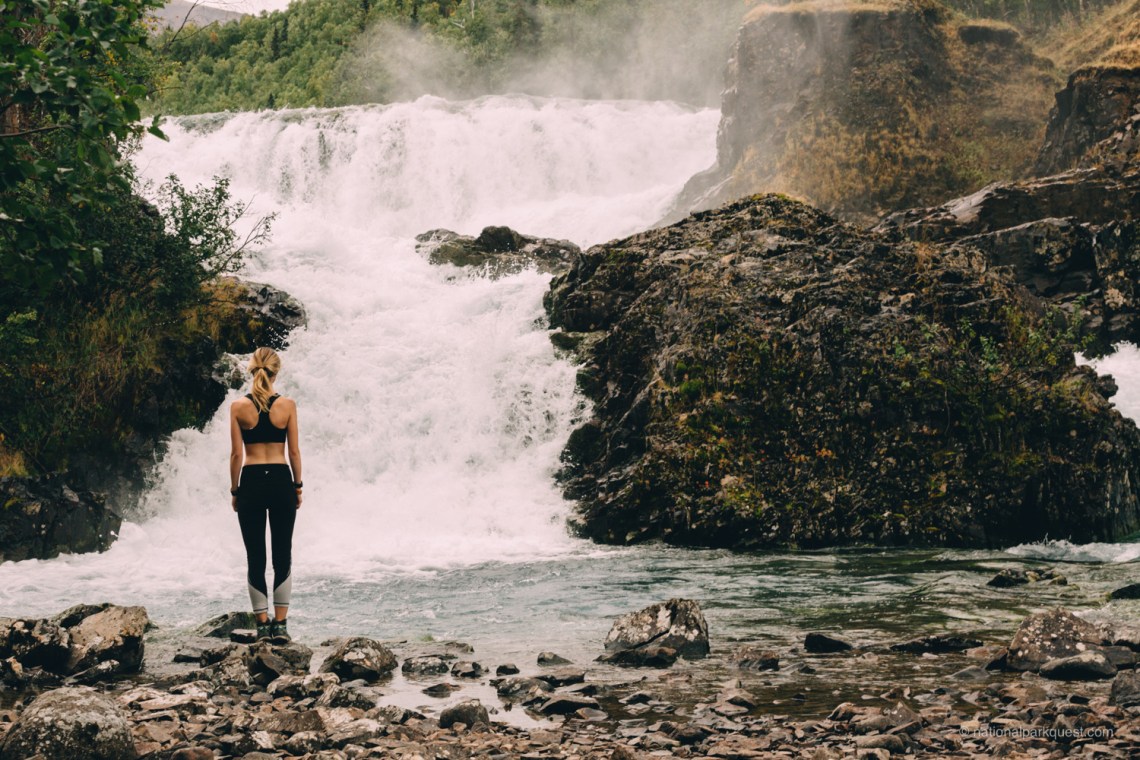 We recommend from our own experience to pack more food than you think you will need. We ran out and survived on goldfish crackers from a small fishing supplies shop in a lodge nearby for the remainder of our trip. Even with all the craziness we had a fantastic time hiking and taking photos. From here a plane to Katmai makes even greater photo opportunities we are planning on going to Katmai Next summer 2019. Bears gather there for the salmon spawning and the photos are fantastic. 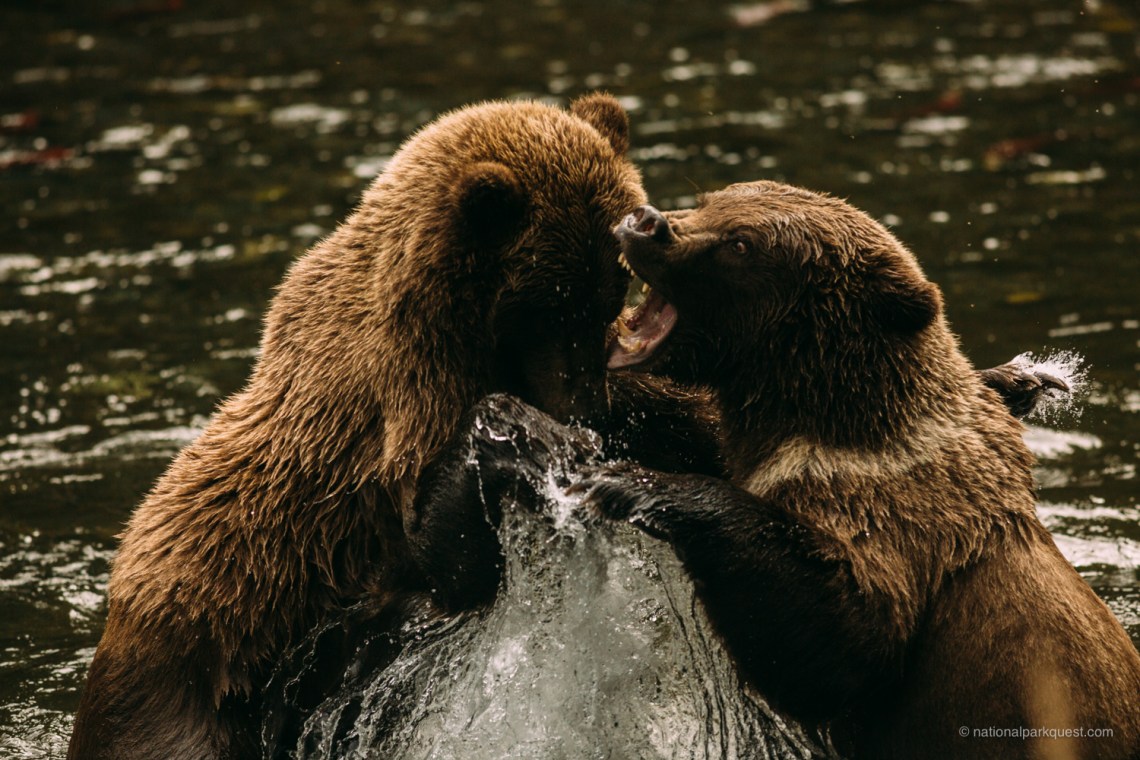 To camp in Katmai, reservations need to be made far in advance. The plane tickets and camping reservations can get very expensive. The experience is definitely worth the money and time, but plenty of planning needs to be done in advance. The trip over all is around $2000-$3000 with the camping, supplies, and tickets.

We are drawing close to the end of our Alaska chapter, slowly but surely. Thank you for sharing our adventure with us and and I hope you’ll join us next time for our trip to Denali. 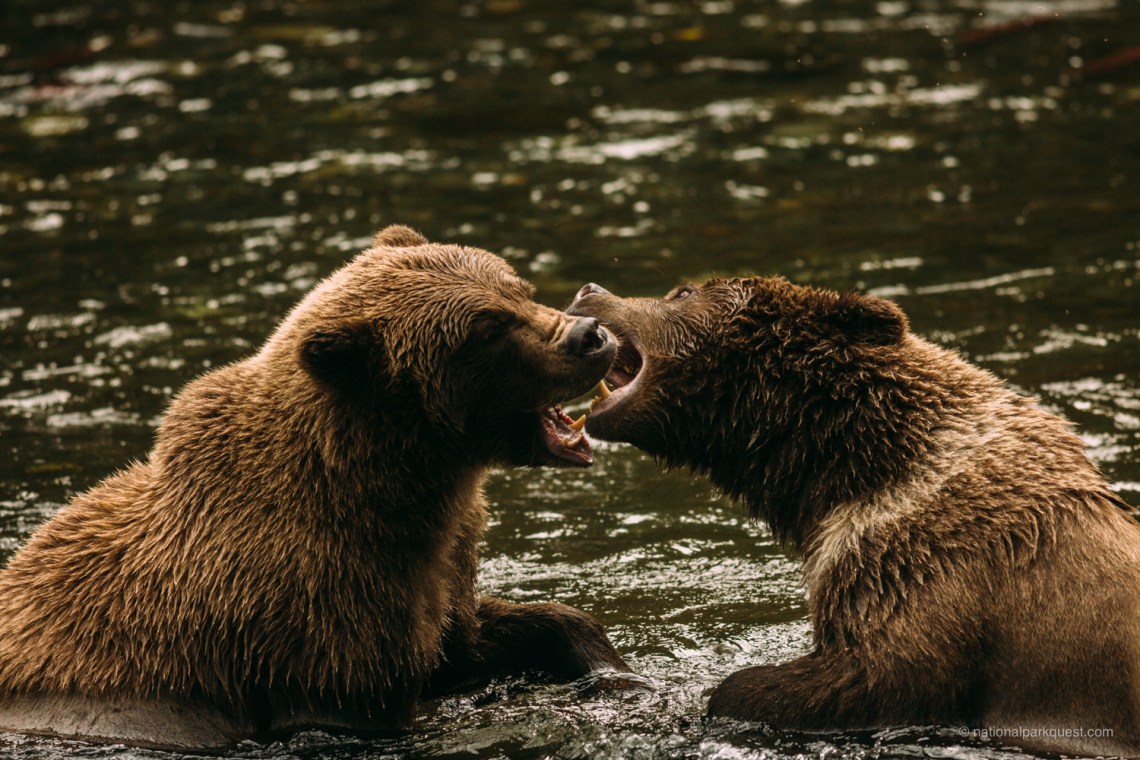