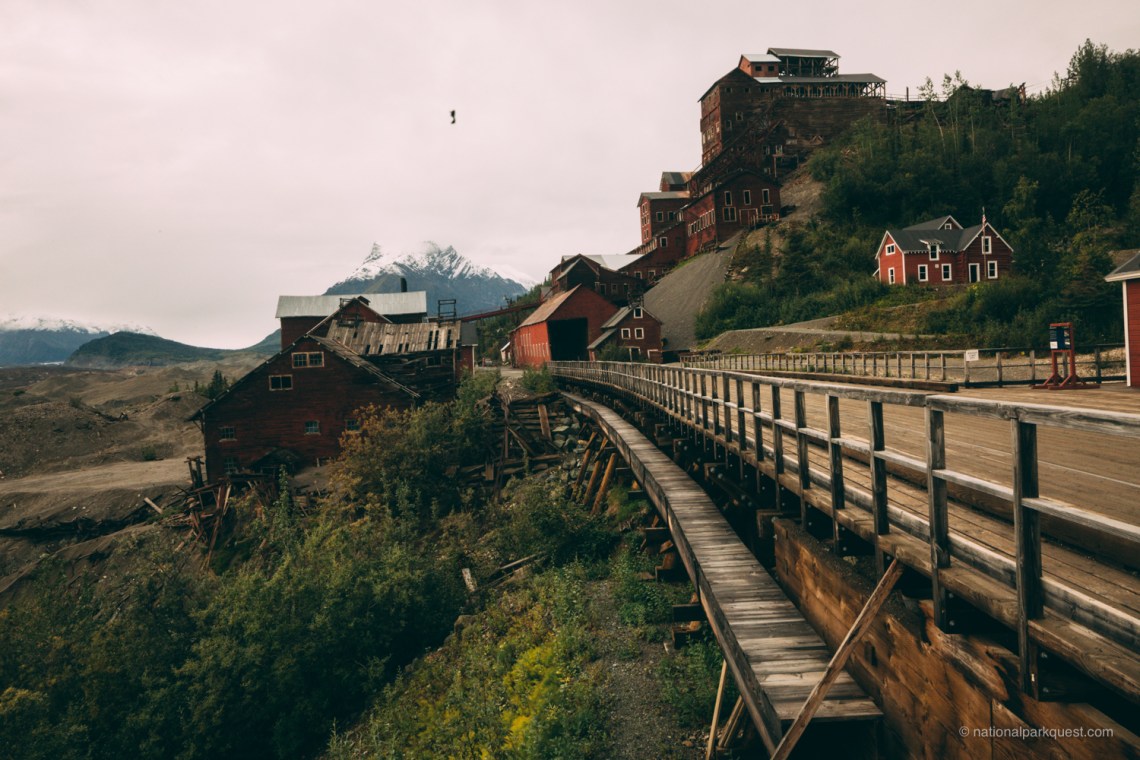 Alaska, finally the chapter we have been waiting for so long, there is a reason why this distant place is known as The Last Frontier, it has  the most spectacular wilderness in the country. The biggest parks, highest mountain peaks, most glaciers, most diverse wildlife, the possibilities are endless! Legends of Alaska tantalize adventurers worldwide. We were ready to venture into the unknown in the footsteps of some of the greatest explorers in history.

We started in Victoria after taking the ferry from Port Angeles, Washington. We drove north on Hwy 99 then Hwy 97. On the way we made a stop in Watson Lake to see Sign Post Forest, we explored a bit and took some really nice photos. 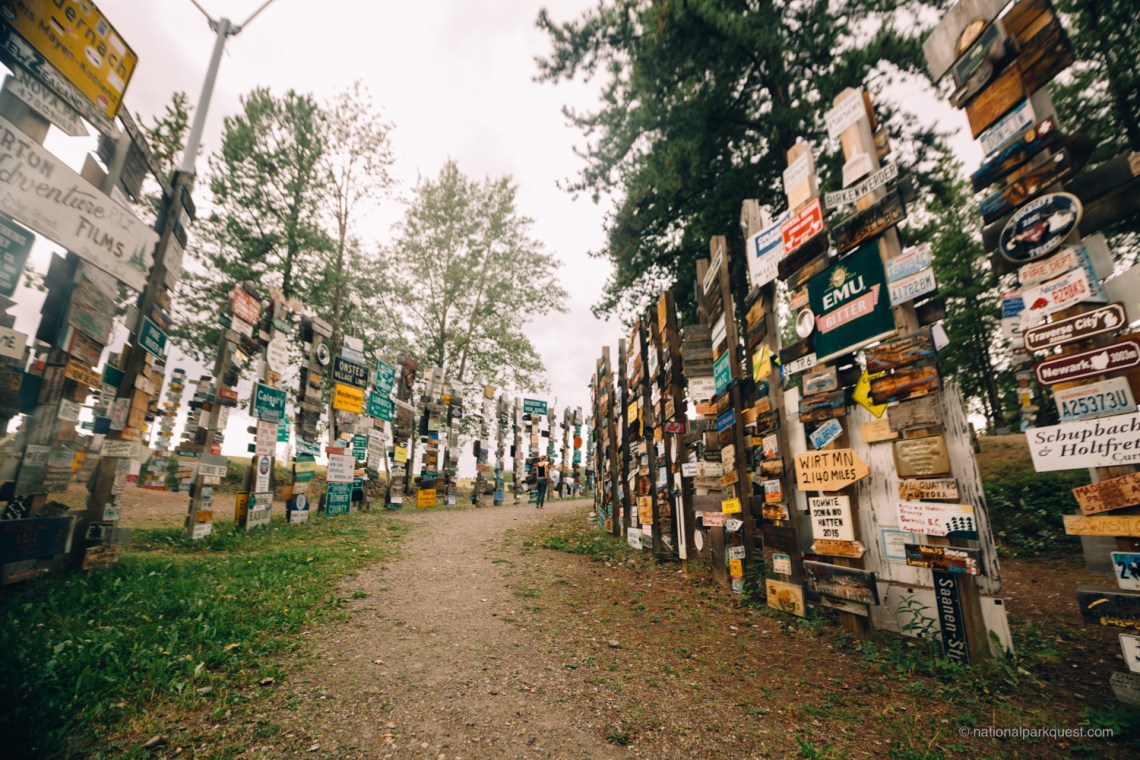 From there we took Hwy 1 from Watson Lake, through Whitehorse and straight to the border.

We stayed a night in Tok, Alaska in an R.V. campground and then made our way south to Wrangell-St. Elias. Already the differences in the Alaska parks are becoming obvious. The only roads to access the park are McCarthy Rd. and Nabesna Rd. both rough, gravel roads straight through miles of wilderness. We drove on McCarthy to reach the main tourist area of the park, Kennicott. Kennicott is an abandoned copper mining town, built on the side of a glacier. It can only be reached on a footbridge over a river after leaving your car in a rough parking lot on the opposite side. It is a short walk to McCarthy, the only other town in the area. There are some small shops and hotels here, even a couple surprisingly good restaurants. From McCarthy, Kennicott is 4 miles, though there is a shuttle that will take visitors for a small fee. 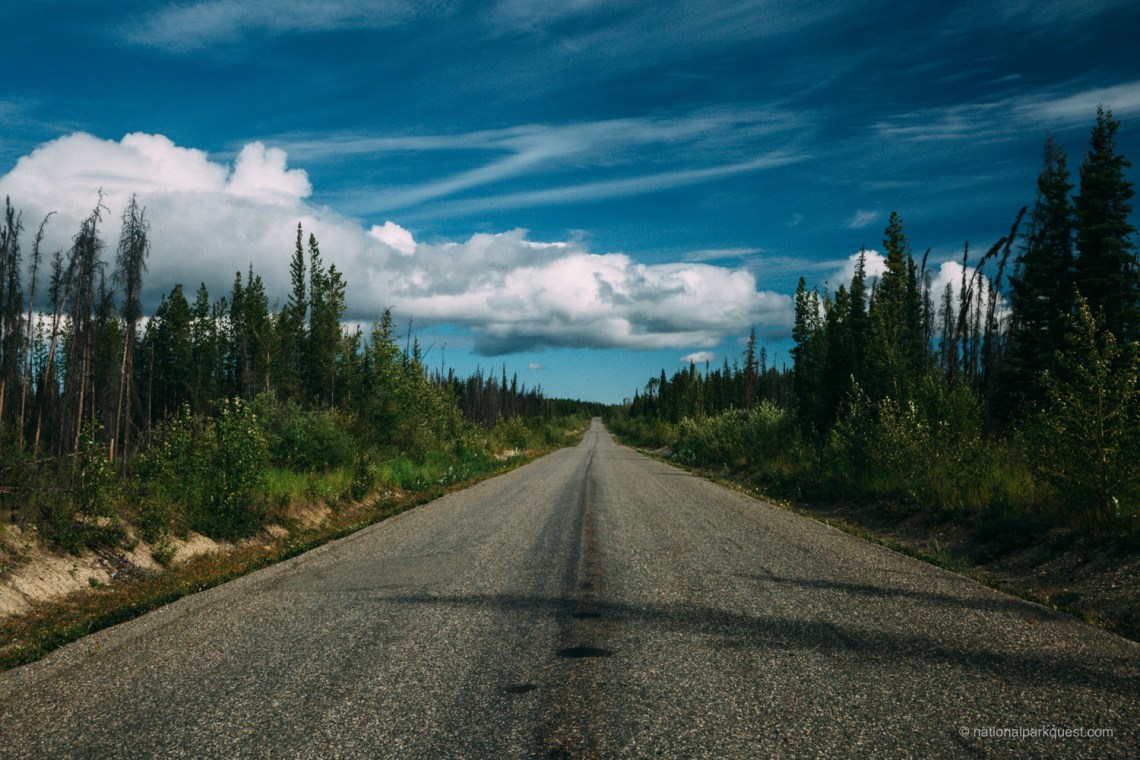 Wrangell-St. Elias is really an incredible park. It is the largest National Park, over 13.2 million acres. It is bigger than Yellowstone, Yosemite, and Switzerland combined. Most of the park can only be explored with an air-taxi, a service that is very common here. The biggest tourist attraction in the park is Kennicott, and adventure guides in the town offer plenty of day activities. Guided hikes into the glaciers, tours of the mines and factory, plane tours, ice climbing, etc… Of course, we had to try our luck at ice climbing.

We left early in the morning from our campsite, which was right across the footbridge. A shuttle took us to the adventure guide office in Kennicott and we were fitted with boots, crampons, helmets, harnesses, and ice tools. We were lucky enough to be the only ones signed up that day so we got a personal lesson on ice climbing. A couple miles of hiking put us next to the glacier and we strapped into our crampons. Neither of us had ever used them before so at first, climbing up the steep hill of ice to the top of the glacier was very challenging. It took some getting used to, but after a while we were so busy exploring the mulans and streams on the glacier that we got used to it. We hiked on the glacier to the base of a wall of ice and got ready to climb. Our guide walked us through the steps and strapped us into our harnesses. It was very scary, but also very fun, using the tools to stab into the ice above your head, then sticking in the blades on your boots to hoist yourself up, one step at a time until you glance down and see that you are now 20 ft off the ground. My legs were shaking like leaves, but we both made it to the top. 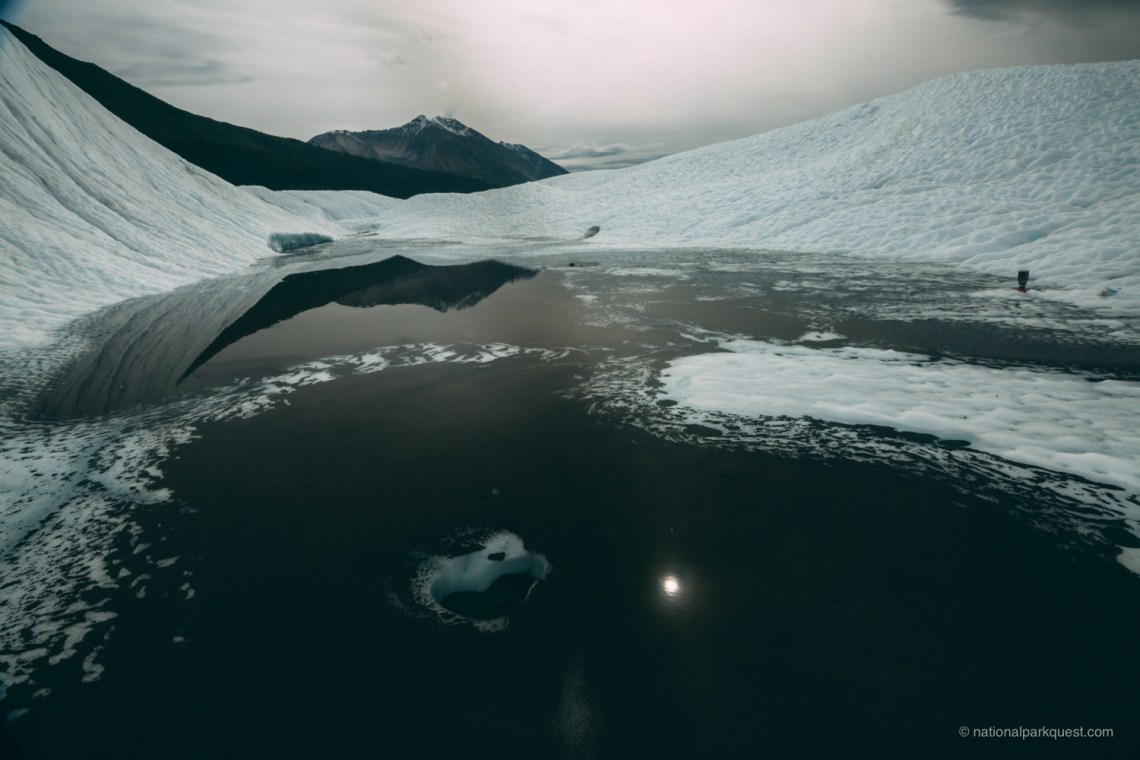 Camping There is only one campground managed by the National Park Service. It is called Kendesnii Campground and it is located on the Nabesna Road. There are plenty of privately operated campgrounds on both roads. We were able to stay very close to the park in a private campground. It was too cold out for us to stay in the tent so we had a campfire, told some ghost stories, then set up in the back of our car. Campsites are usually around $15-20 per night and most have a fire pit, a primitive toilet, and firewood for sale. The site we stayed at even had a small food stand that sold hamburgers. There are a few public use cabins but these may require a reservation. In McCarthy there are a few restaurants, small stores, and hotels. The hotels are the only option to stay the night in town, and they should be reserved well in advance. 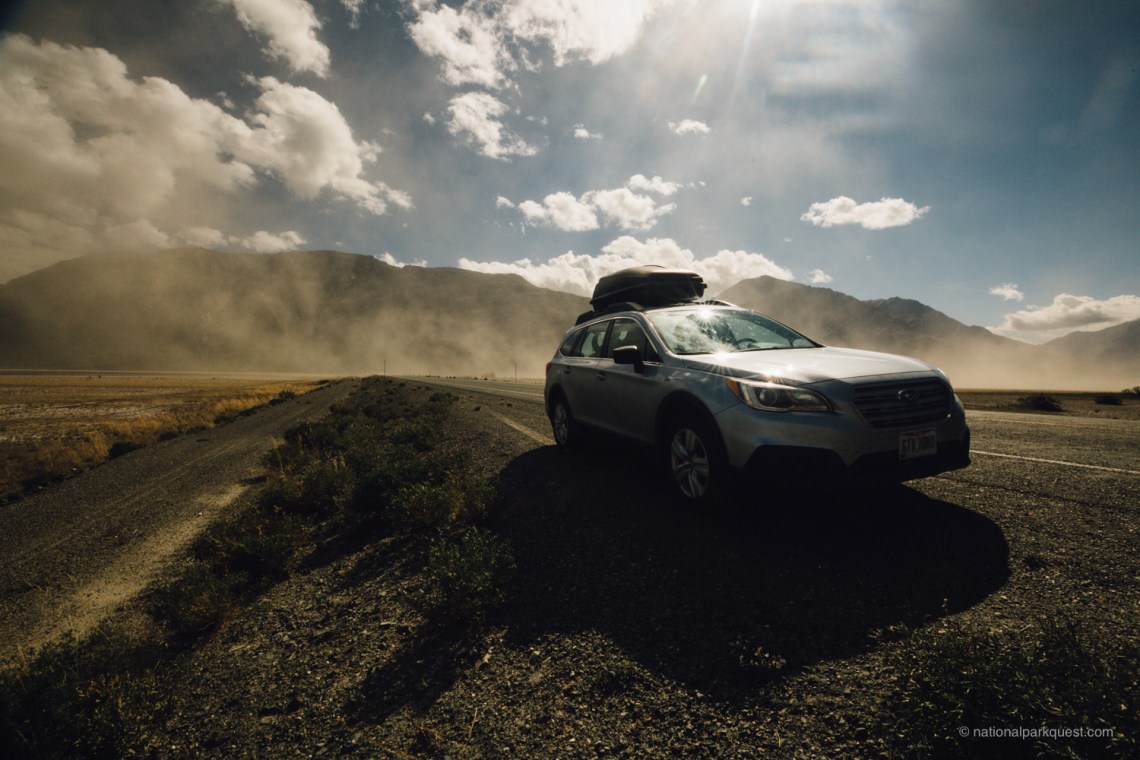 This park does not have very many trails, most the trails are short and go through the mines or just outside of Kennicott. A better way to explore the park is on a float trip. These will take you on the Copper, Nizina, Kennicott, and Chitina Rivers and are a very popular attraction in Alaska parks.

While Wrangell-St. Elias is not very hiker-friendly, it is a great destination for experienced mountain climbers. Of the ten highest mountain peaks in Alaska, seven are in this park. Mountain climbing destinations are reached by air taxi. 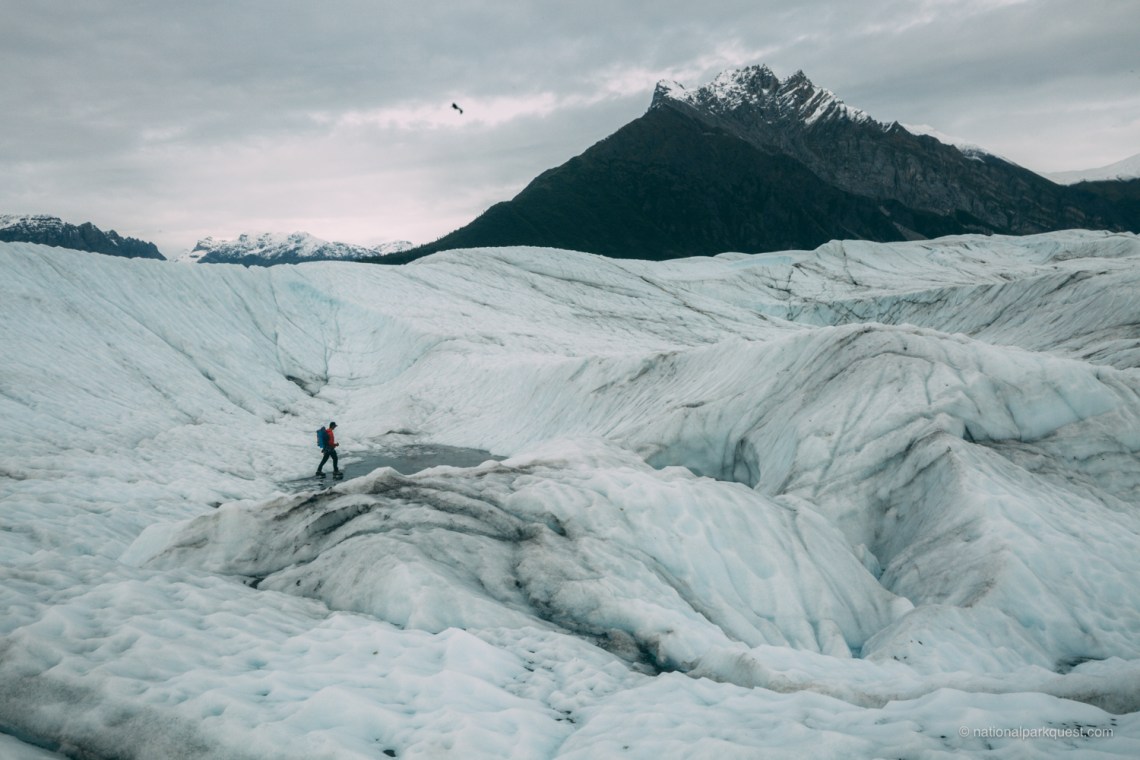 Wrangell-St. Elias is an amazing park. It is very different from any other that we have gone to, it is very wild but most of our adventure was in town and with guides. It doesn’t offer the conventional park activities but substitutes its own crazy, unexpected adventures. We really enjoyed our time here and made some amazing memories. Tune in next time for another exciting chapter where we will be visiting the far north to trek into the Gates of the Arctic and Kobuk. 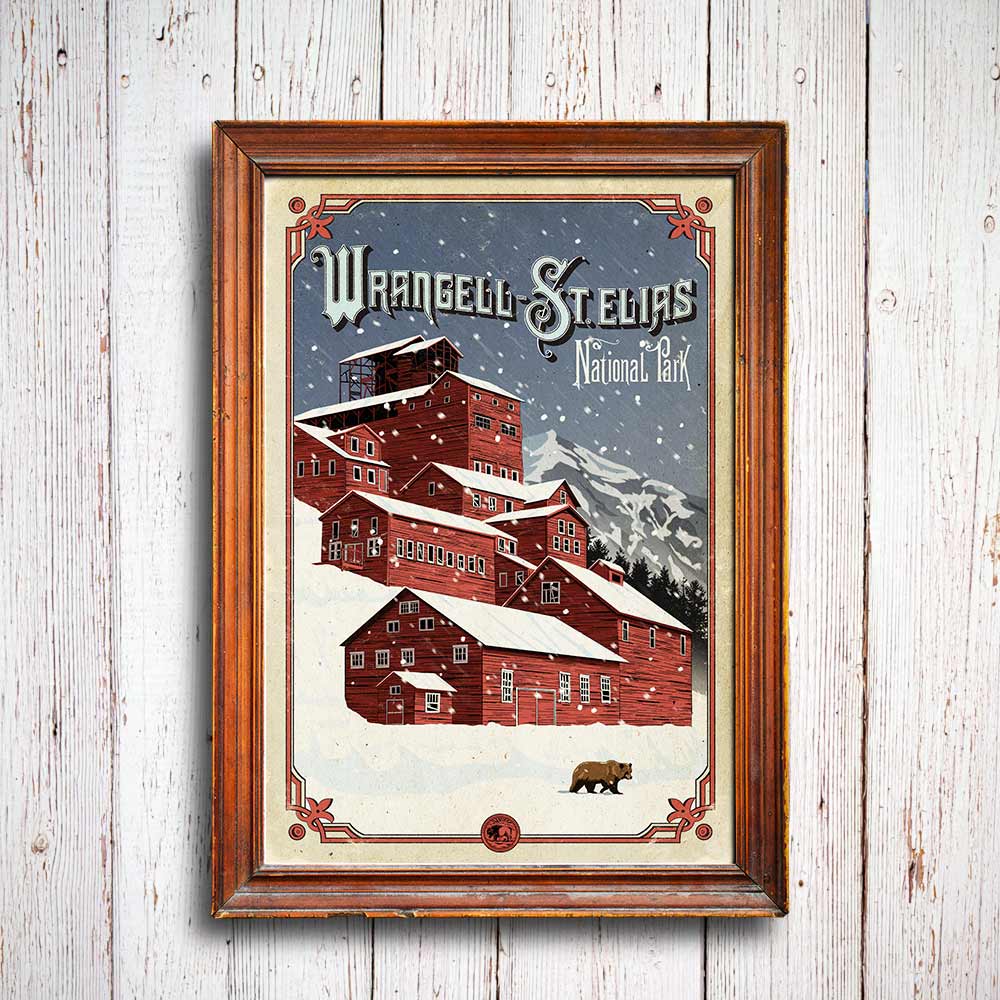