Have you heard of Biscayne National Park? Chances are if you’re from the midwest or west of the Mississippi River, you haven’t. This park is a unique gem for ocean lovers because 95% of the park is just that: ocean. Located off the coast of Miami, the map of Biscayne encompasses a few small keys in it’s 270 square mile area. Four ecosystems come together to feature greater diversity than some of our nation’s more iconic parks, like Yellowstone and Glacier.

Considering we don’t have a boat, figuring out how to see Biscayne was a challenge. Despite the absence of a public ferry system, there’s hope for us inland dwellers. Read on for three ways to explore this unique and interesting park! 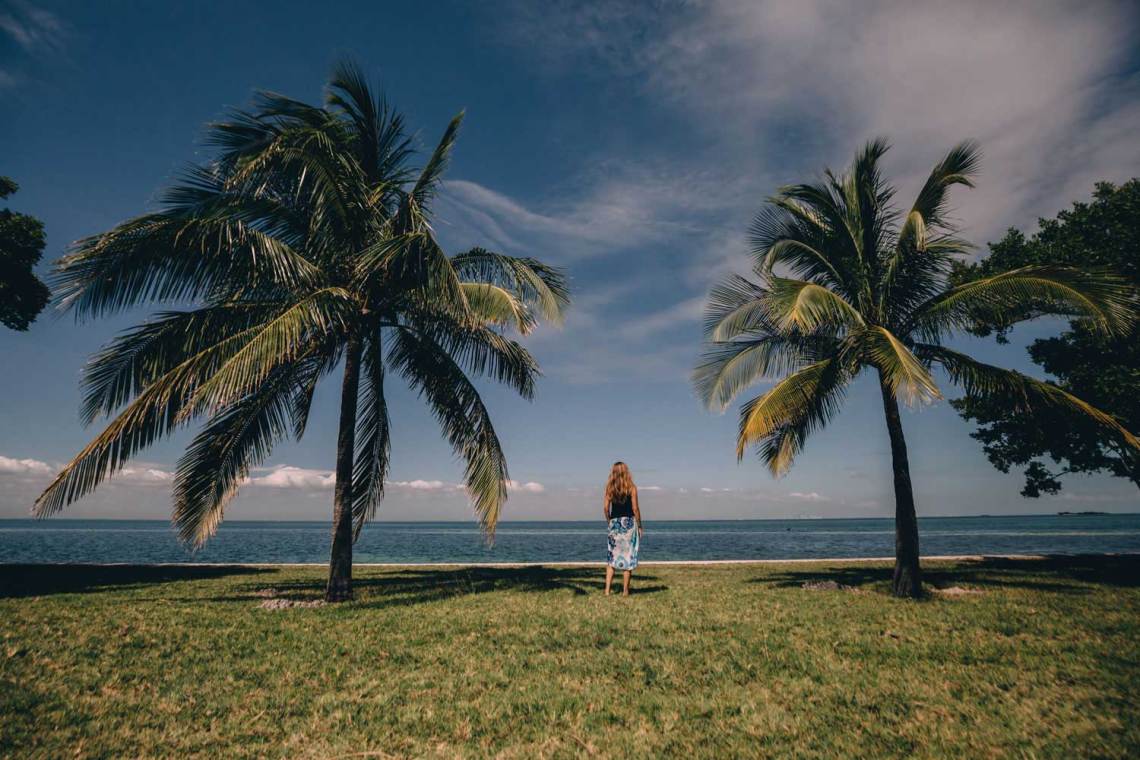 Definitely begin your exploration at the Dante Fascell Visitor Center at Convoy Point located on the coast 9 miles east Homestead, Florida. Getting there is an interesting journey through a flat agricultural landscape and canal system where you’re likely to spot cyclists enjoying the long open roads. 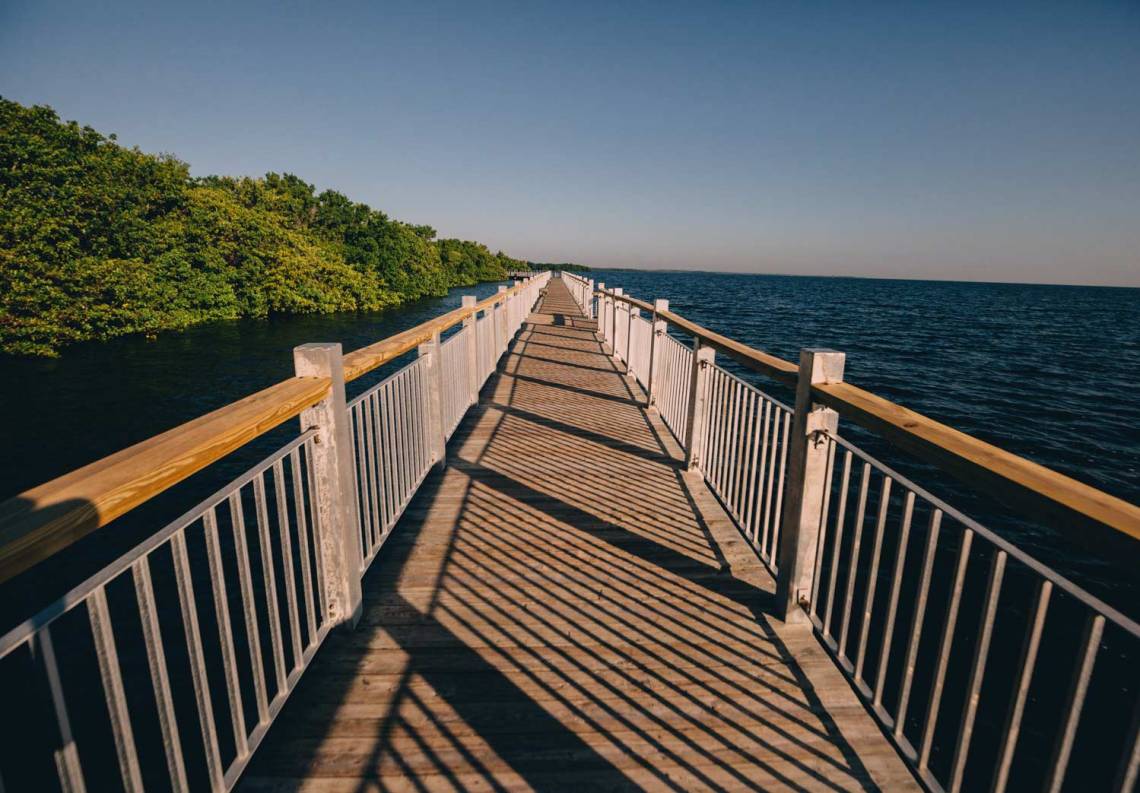 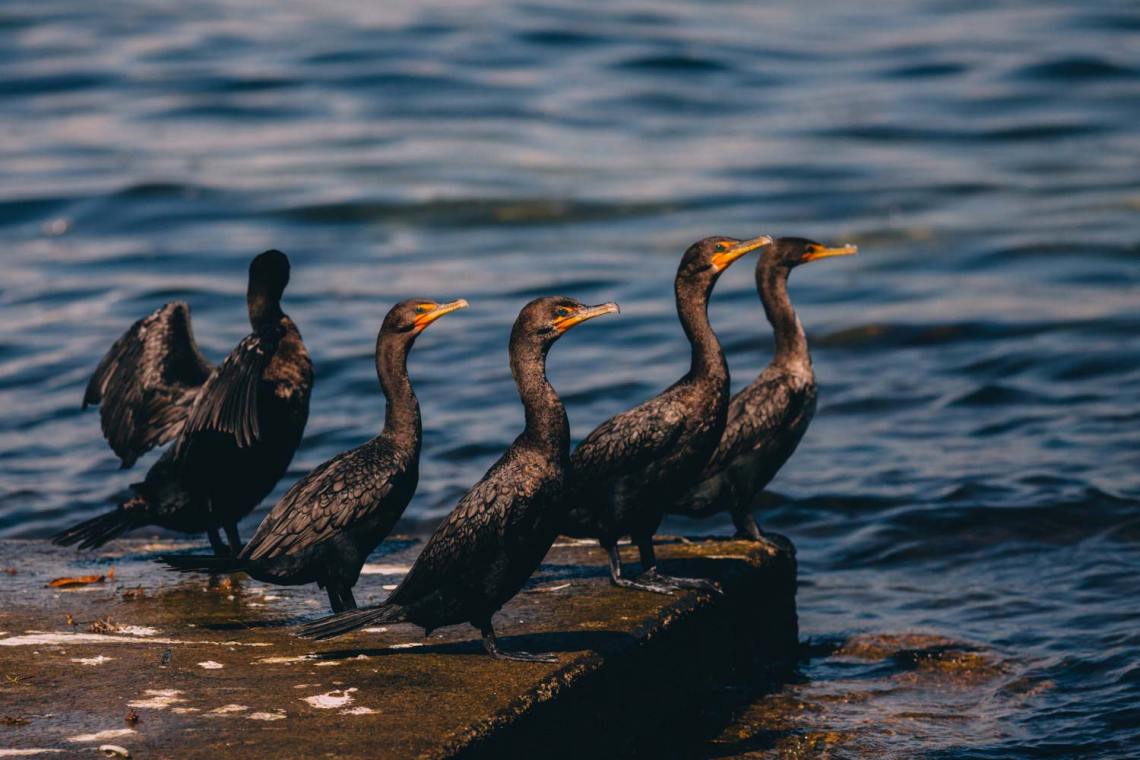 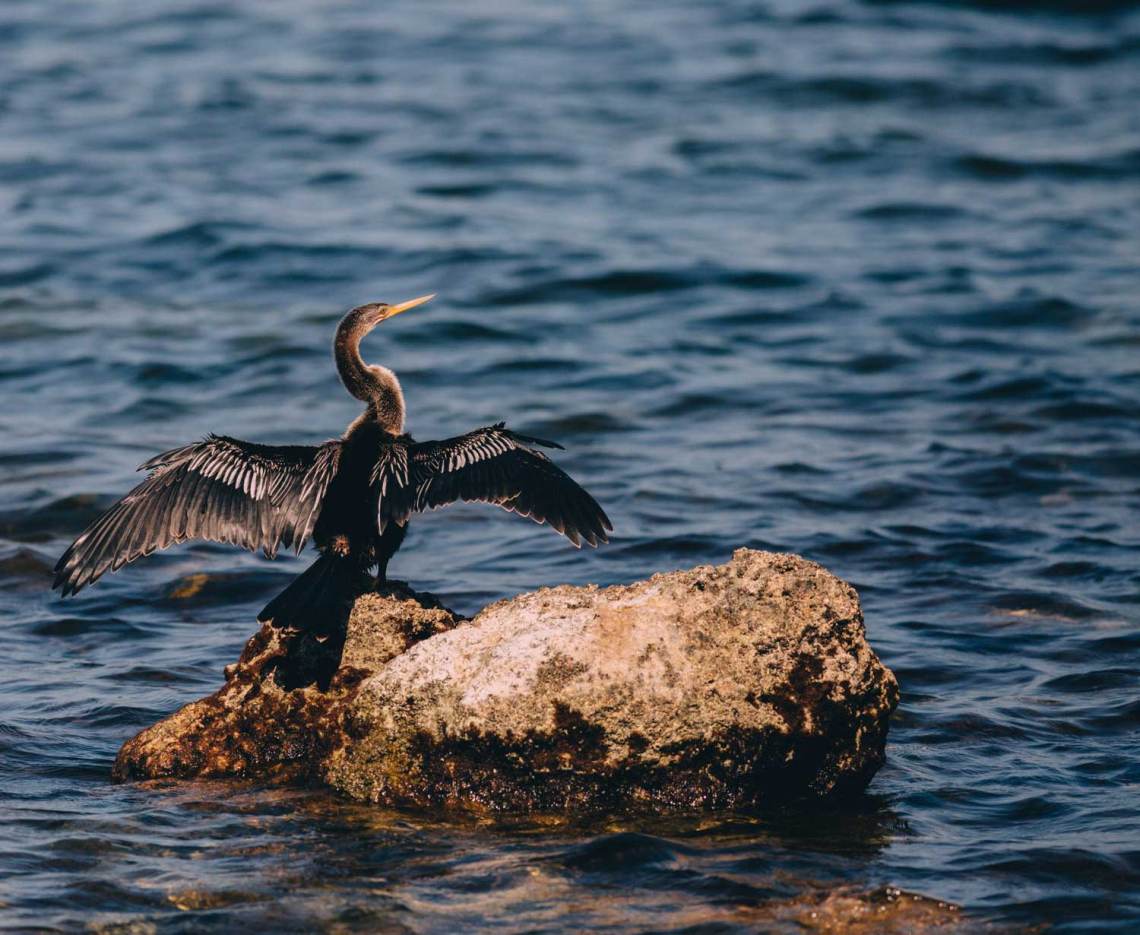 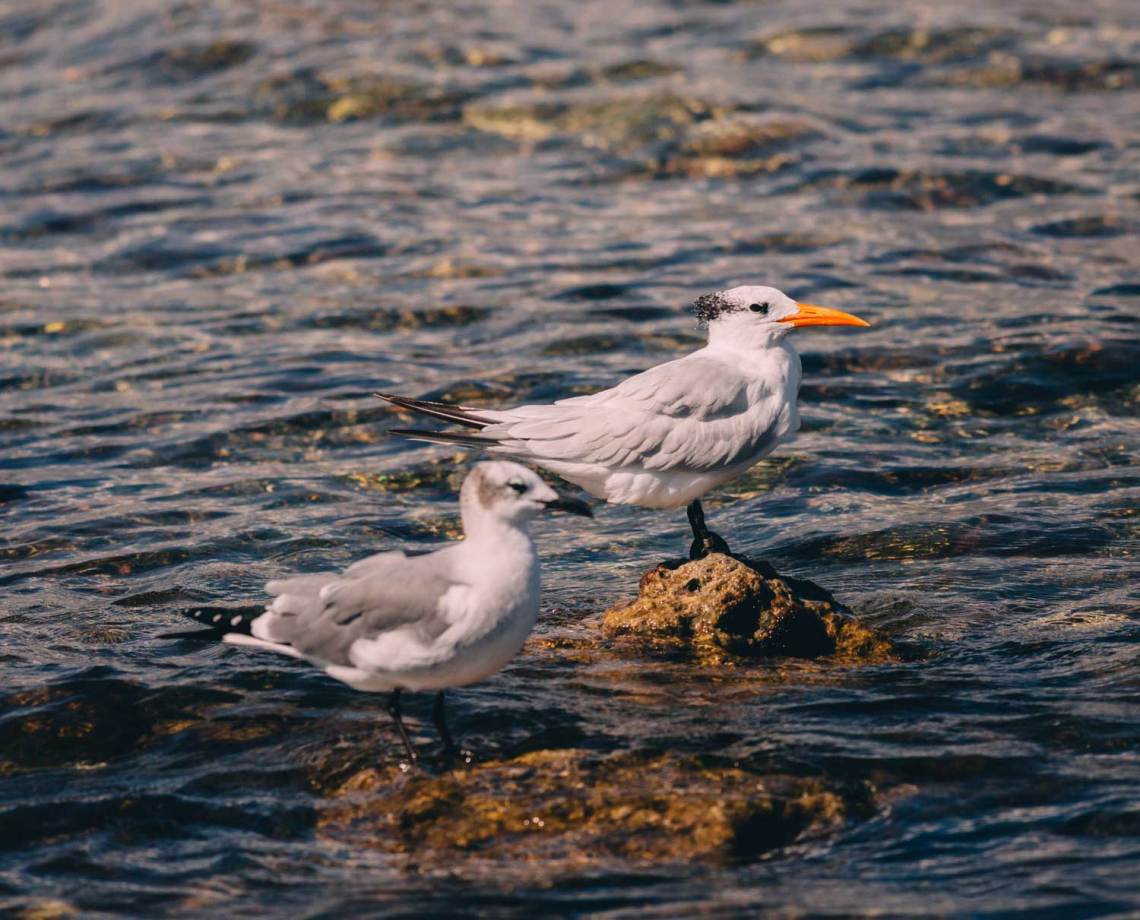 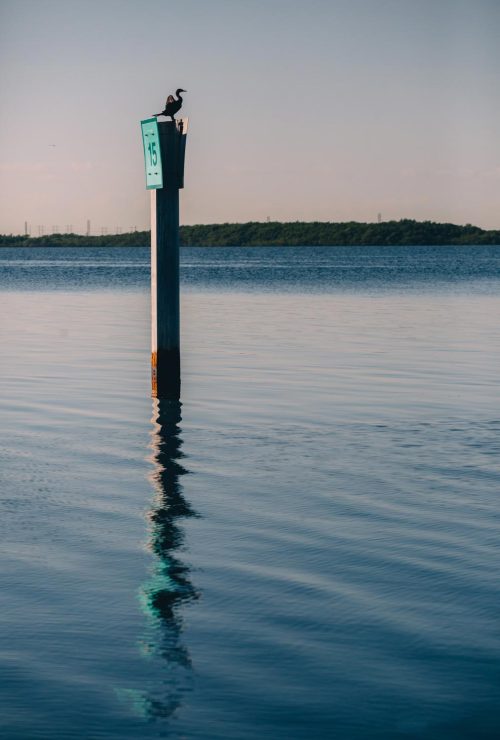 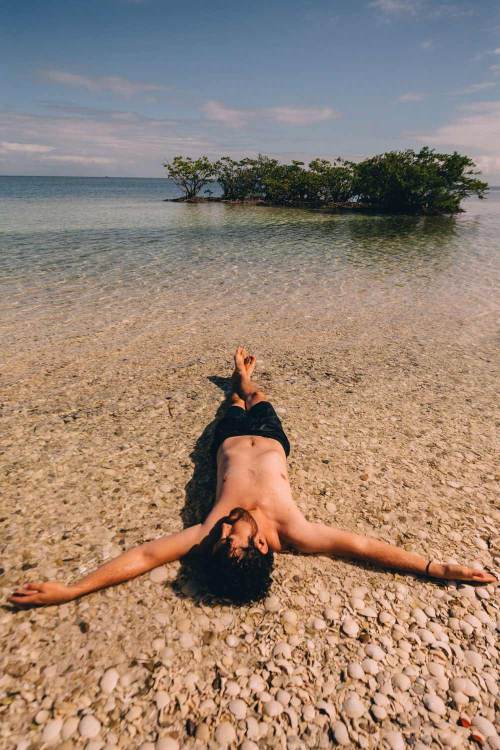 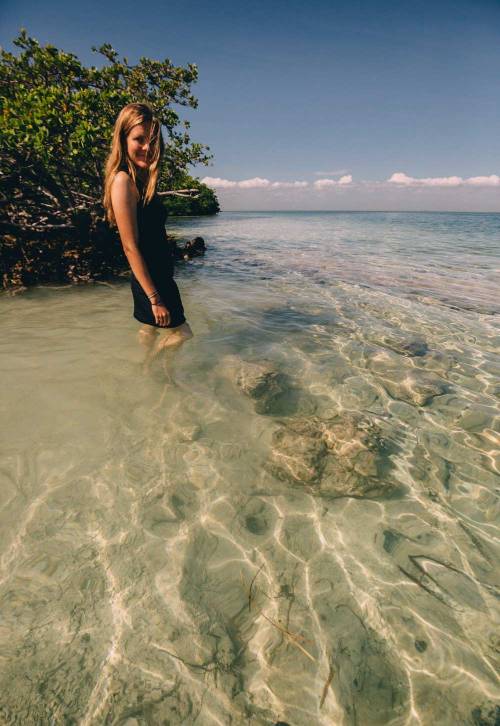 2. Rent a kayak and explore around the bay

On a nice day, of which there are many in souther Florida, you will likely see a concessionaire renting kayaks and paddle boards. The outfitter we rented with was NecFlor Paddlesport, and the guys renting here were super friendly and helpful. This is definitely the way to go for a bit of independence and water fun. You can explore the mangrove trees on the coast and see a myriad of wildlife. Maybe even some giant reptiles or manatees. 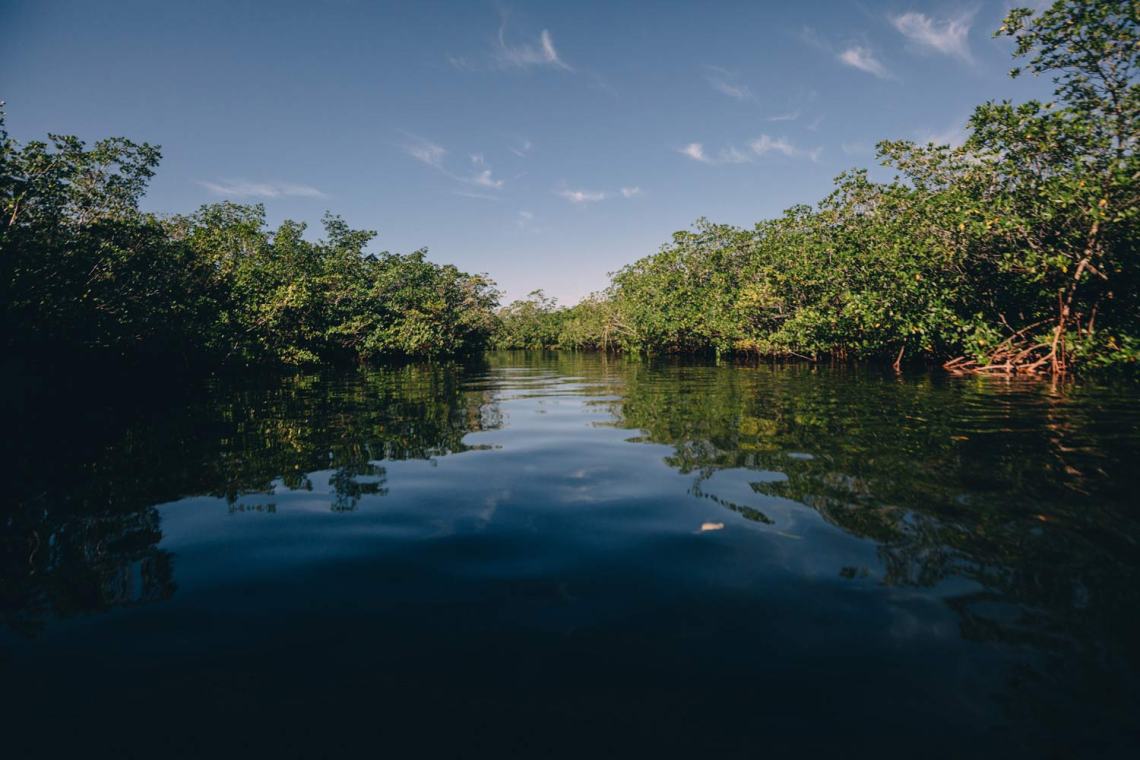 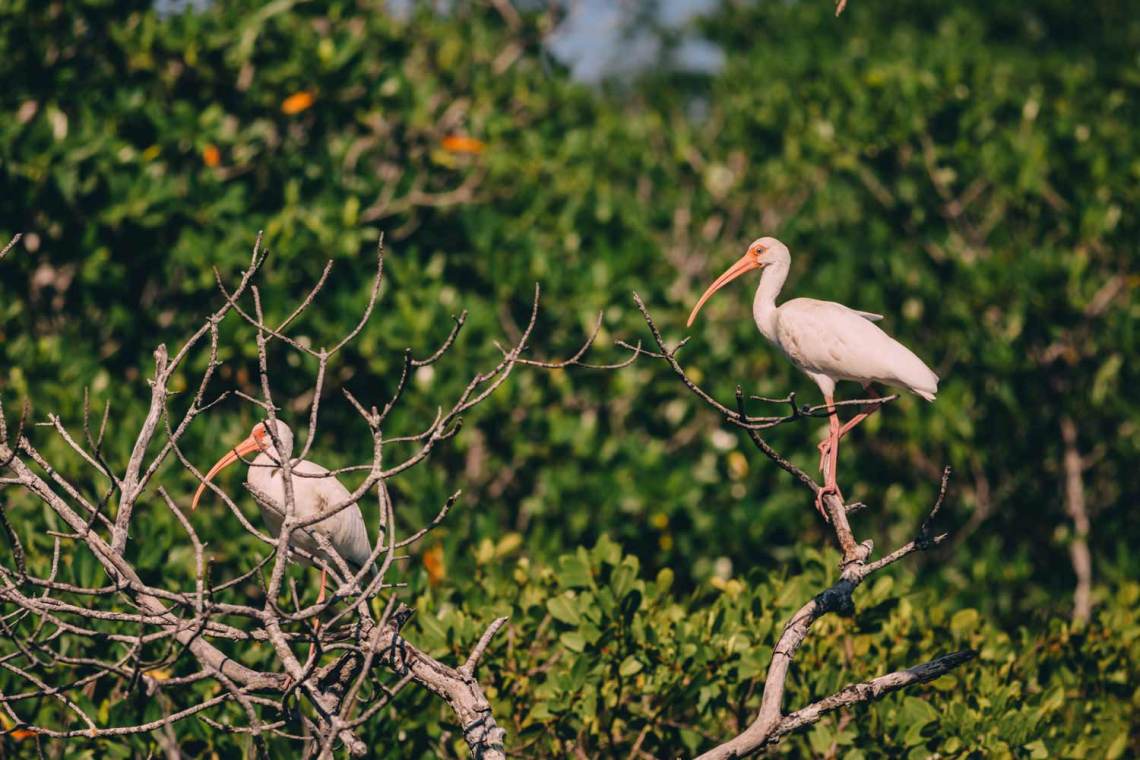 All right, we know this isn’t quite as easy as signing up for a boat tour or renting a kayak, but it’s still possible. It happened to us. While camping in the Everglades we had a chance encounter with two folks who ended up sharing our site with us. A bottle of wine later we were friends and soon planning an adventure into Biscayne Bay. 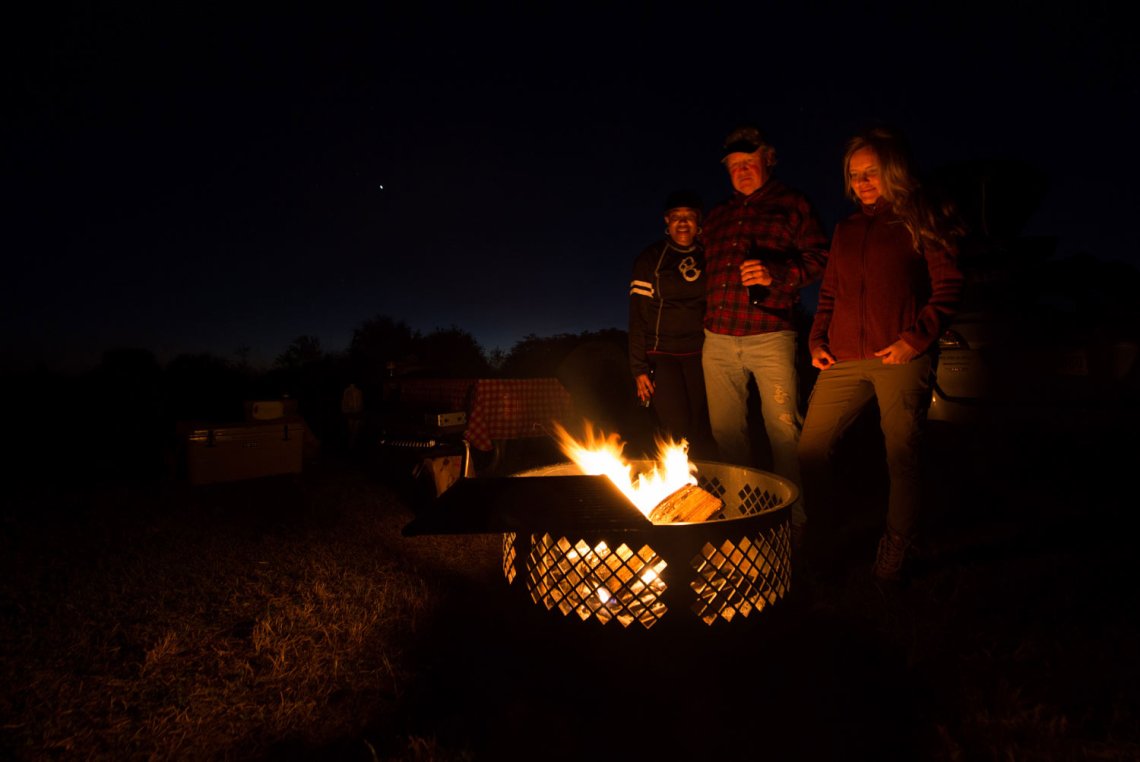 On a flawless day of blue sky we set off onto a somewhat choppy sea while the sun basked us in her glory. Several miles later we anchored next to an old structure and dove into the aquatic wonderland with Miami’s skyline behind us and nothing but open water in front of us. Beneath us swam a number of colorful fish and interesting features, luckily no sharks or other big creatures.

There are a number of shipwrecks in Biscayne Bay, free for you to dive around and explore. Or you can stay above the sea level – just barely – to check out Stiltsville, an old village made of buildings on stilts. Yet unlike most villages in the middle of the sea, this was a playground for the rich. There were once 27 structures, but few remain after decades of hurricanes and other elements. The police raids likely also affected its short-lived legacy. 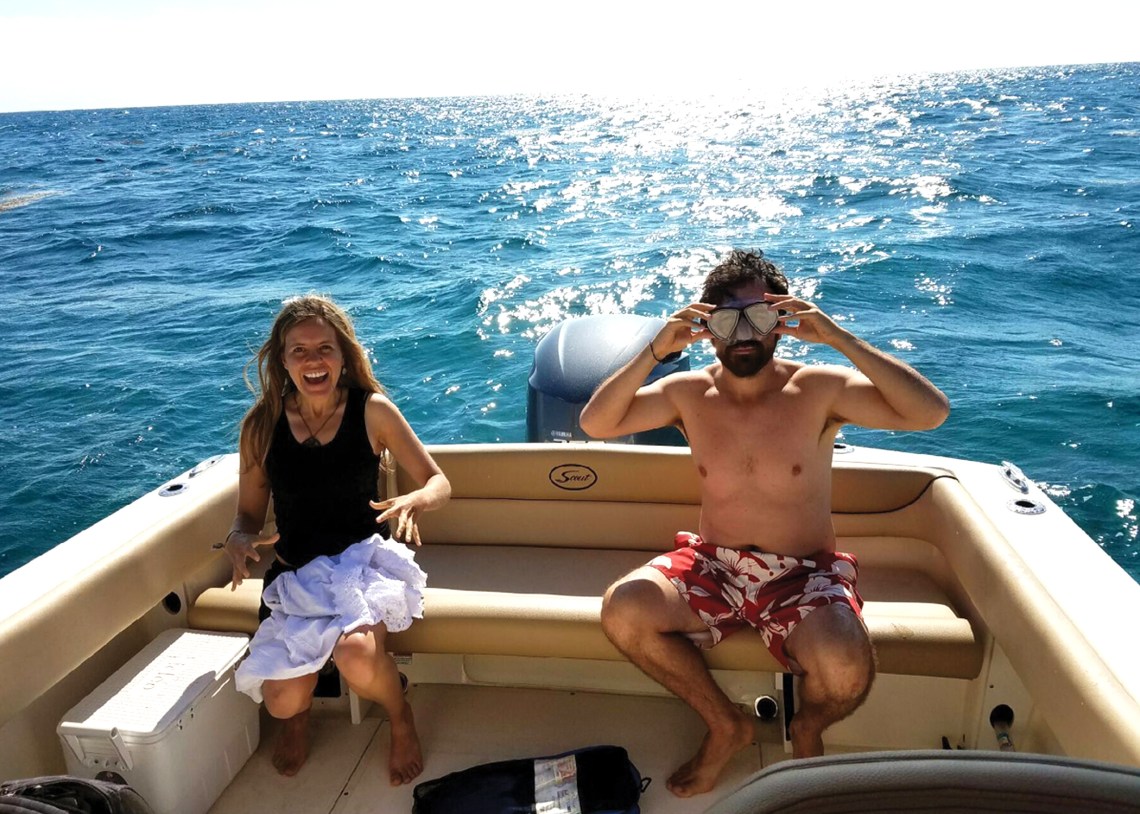 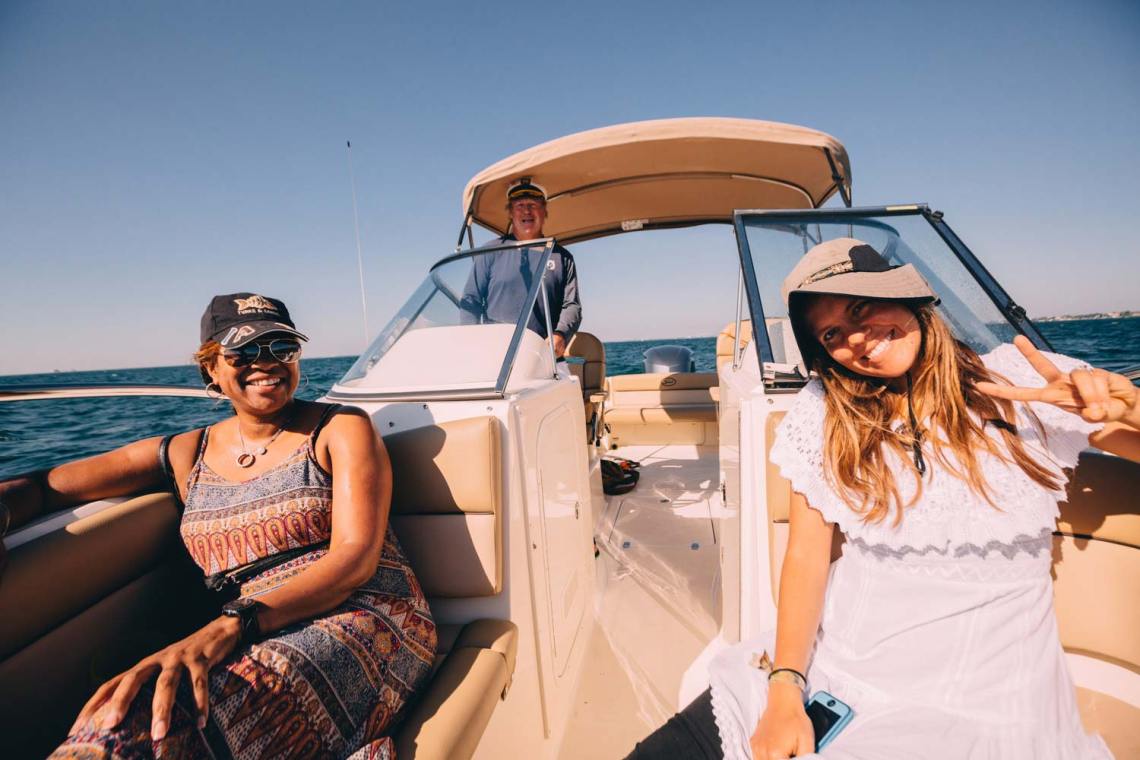 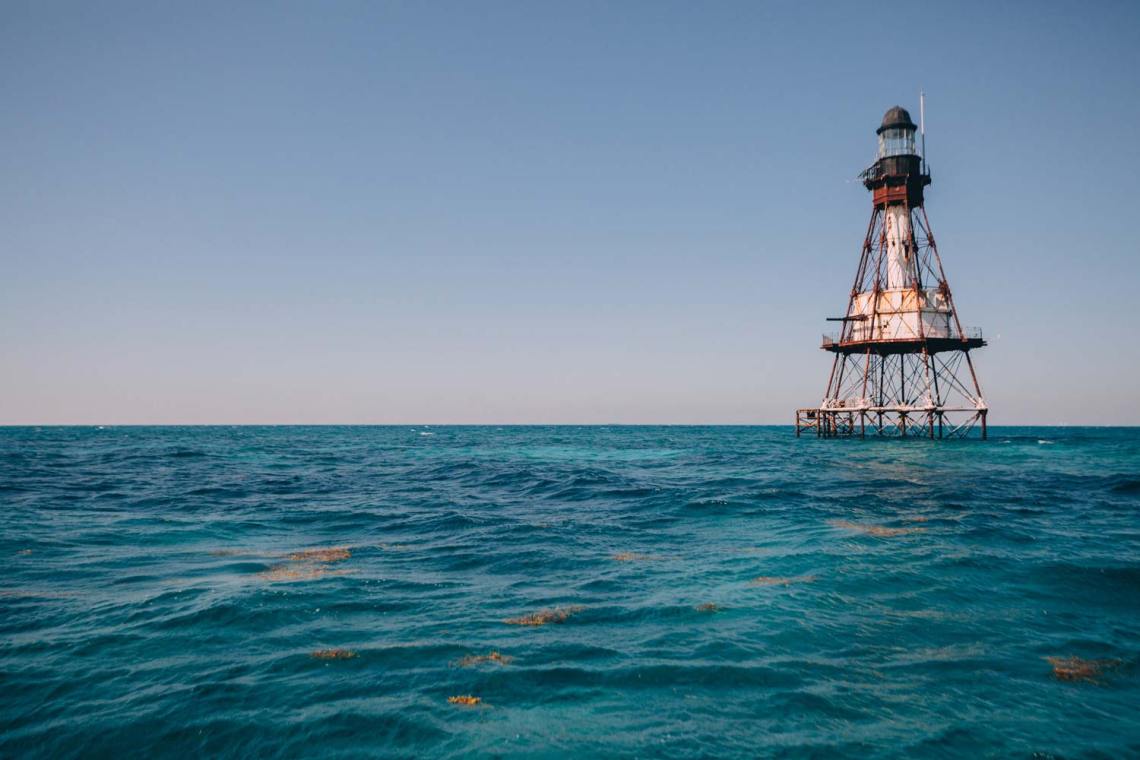 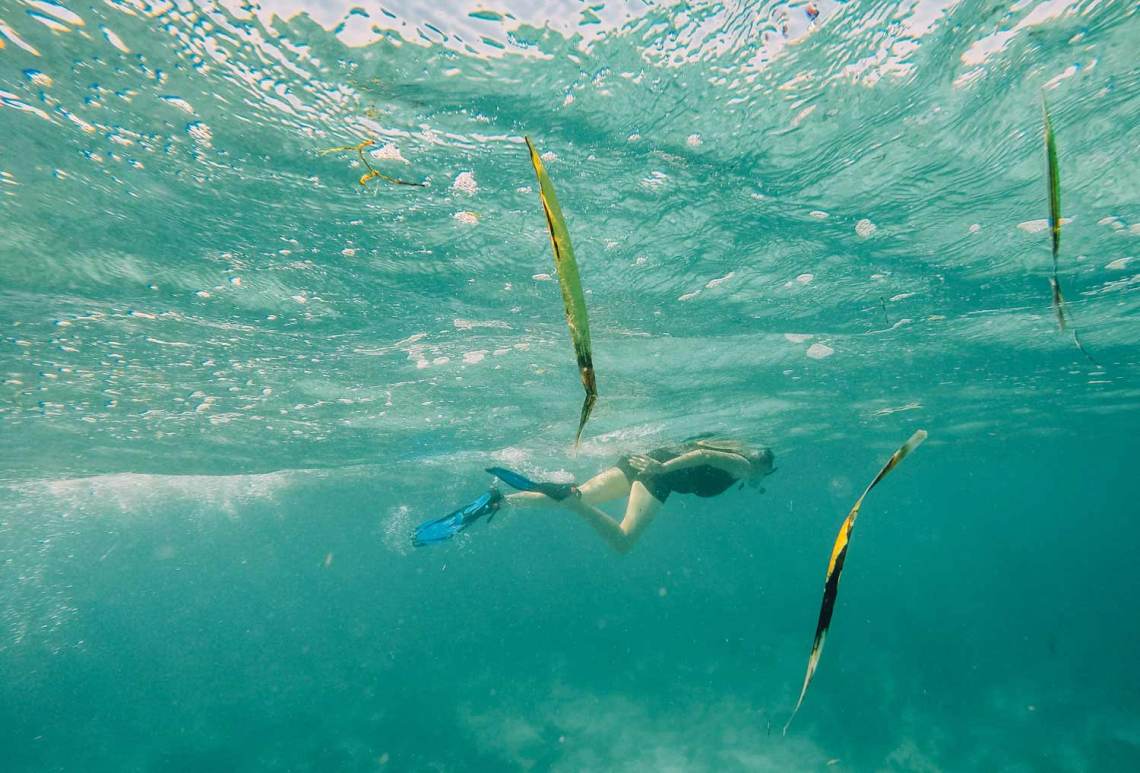 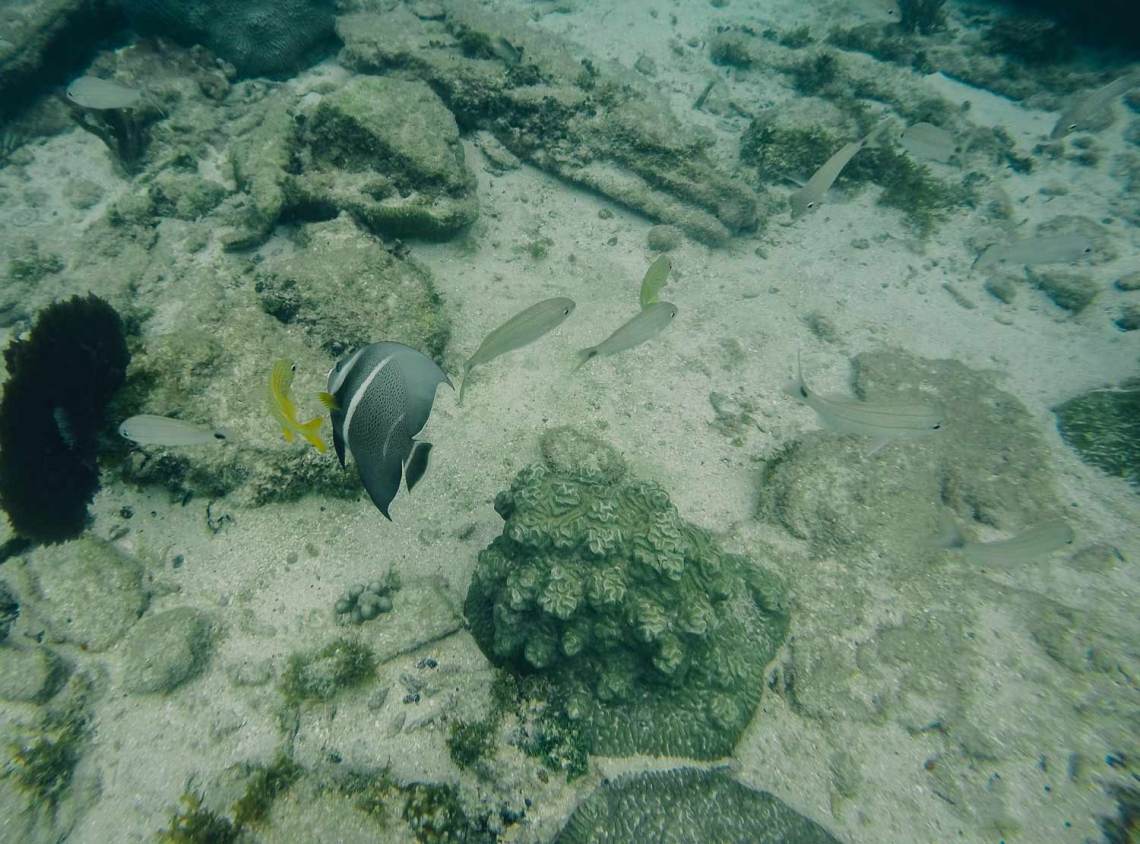 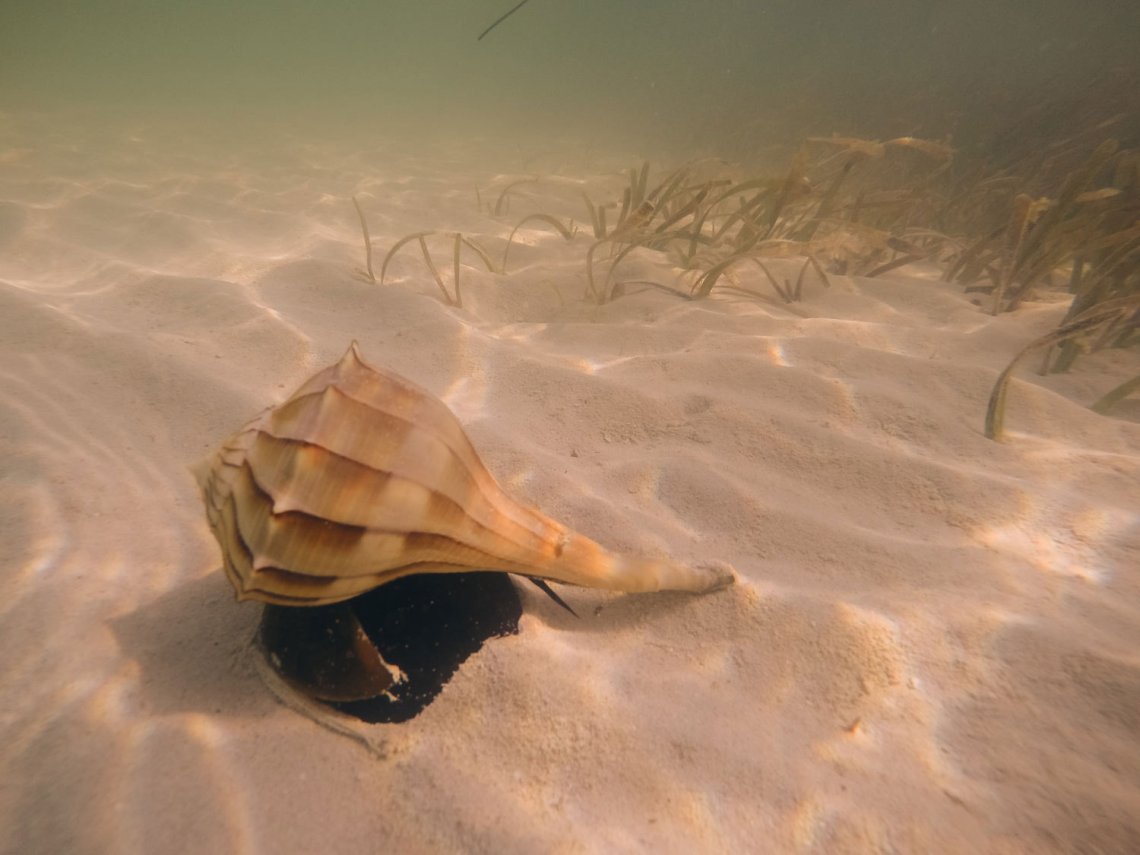 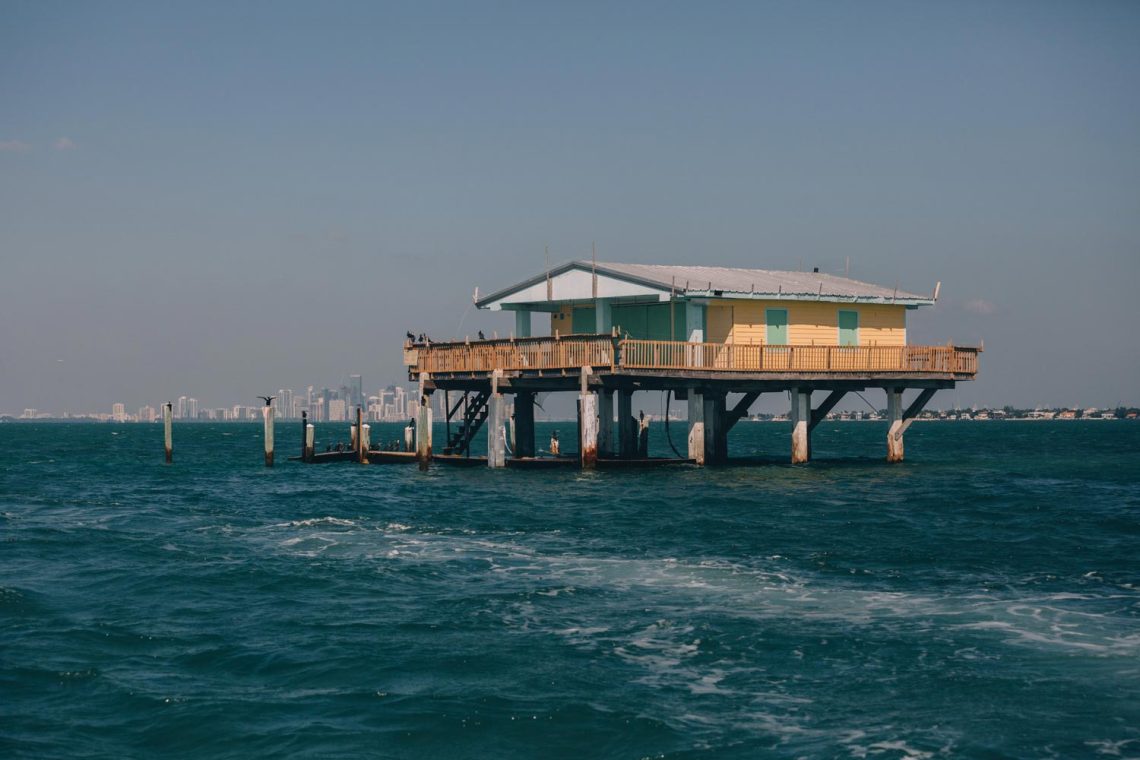 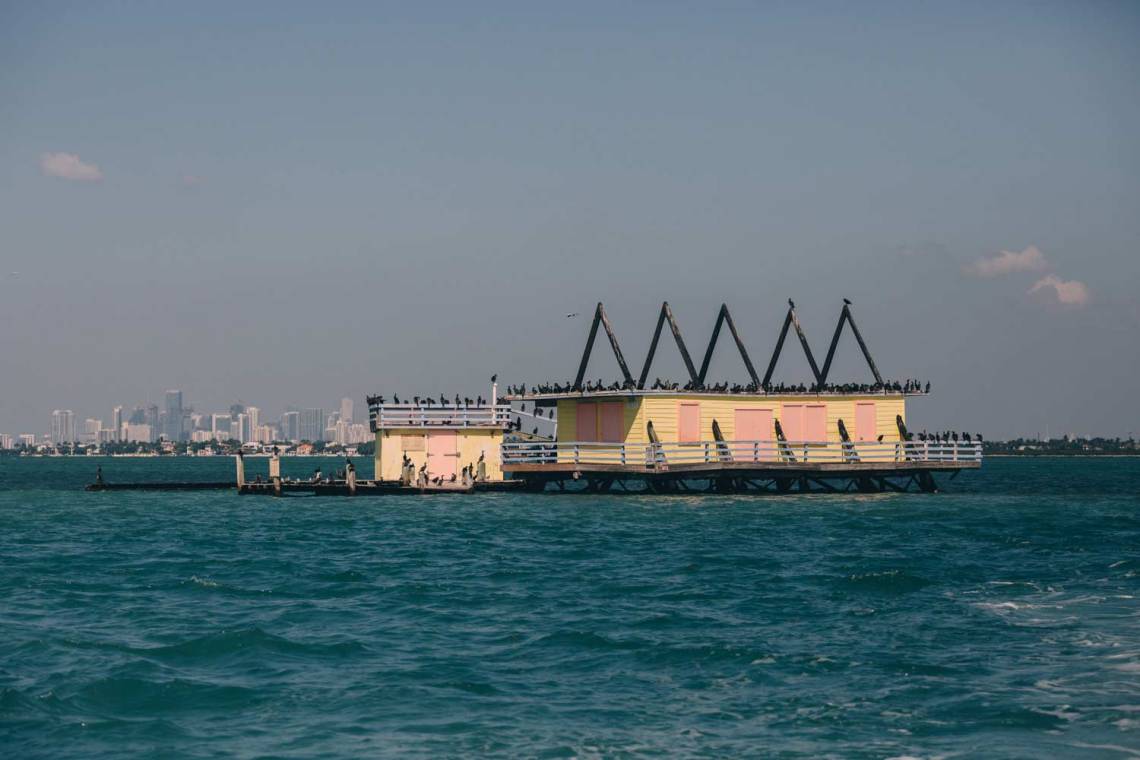 We think Biscayne is just fine without a public ferry

The clear advantage of having a boat here is freedom to explore. There are two campgrounds in the park, but they’re both located on Boca Chita Key and Elliot Key, which is the longer of the two and features a hiking trail. After chatting with a park ranger we learned there’s talk of implementing a public transport system, which apparently existed at one point. While I love the idea of greater access to the keys and water, part of me remains skeptical. Maybe it’s not such a bad thing after all to limit human invasion of these fragile ecosystems. Let’s keep them calmer for the benefit of wildlife, don’t you think?

We have made enough impact on these habits, as evidence of coral bleaching shows.

A bit of creativity, money and time will introduce you to many creative exploration methods, and we hope these three offer a bit more insight into a park few people seem to know about. During our visit we met several volunteers, which would be a rewarding way to give back and see the park at the same time.